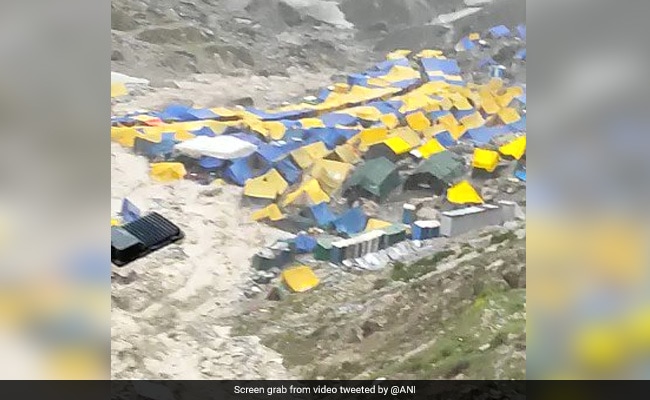 Cloud burst in Amarnath Dham: Injured being airlifted for treatment

Srinagar:
Ten people were killed and 40 went missing after a cloudburst near the holy cave of Amarnath in Jammu and Kashmir on Friday, officials said.

The key points of this big story are as follows: