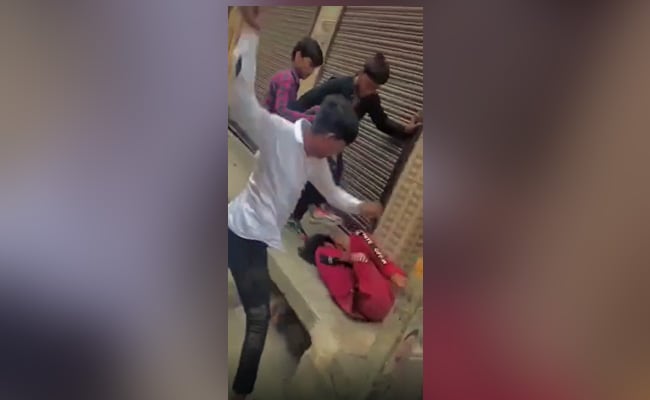 In the video of the incident, the victim is being brutally thrashed by the group with belts and sticks.

A 20-year-old man was lynched to death by a group of men in Delhi’s Dabri area. Police said the incident took place on April 23 in Dabri area of ​​southwest Delhi and the victim died on April 26.

The video of the incident is going viral on social media in which the victim Krishna is brutally thrashed by the group with belts and sticks.

Police say that Krishna had an argument with another person Suraj on the day of Holi. On 23 April Suraj and his companions reached Krishna in Dabri and started beating him. Then they took him to Bhagwati Vihar.

Krishna was admitted to Deendayal Hospital. He was later shifted to Safdarjung Hospital, where he died on 26 April.