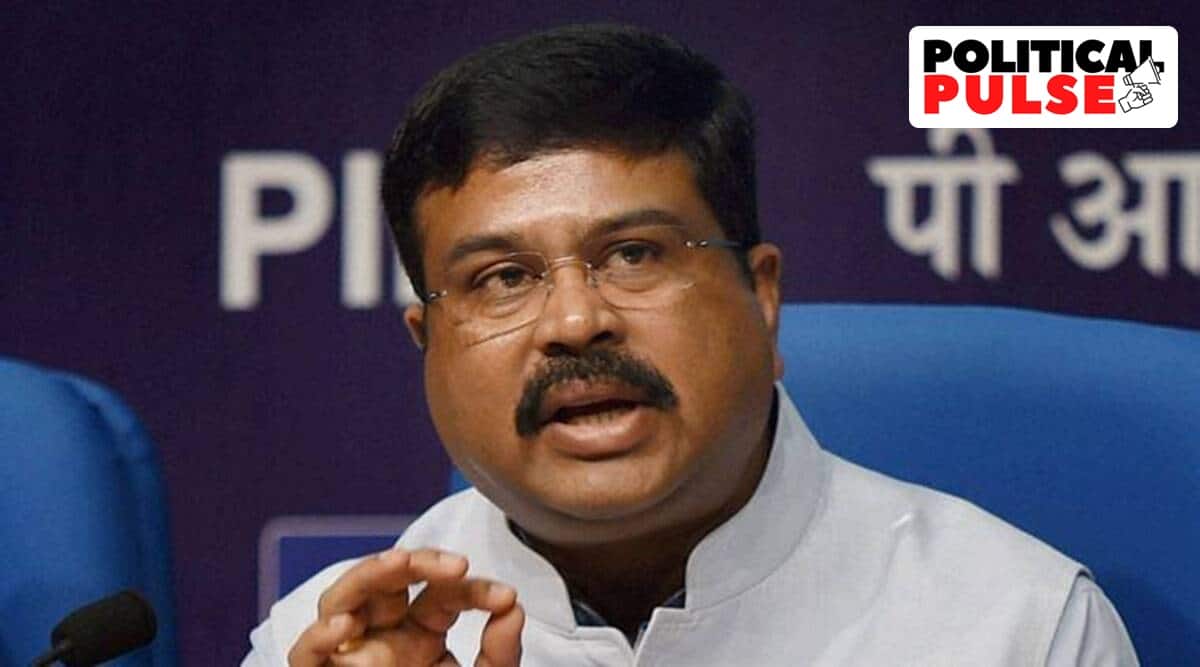 looking to secure as many votes as possible for president and vice president electionwho is expected to win easily, BJP Started attending friendly parties. JD(U) leader and chief minister were in the first stop Nitish Kumar With Union Minister in Patna Dharmendra Pradhan Called him on Thursday evening.

At a time when there is talk of a growing distance between the JD(U) and the BJP – encouraged by both sides – as well as talks of phasing out the Bihar veteran, a calm gesture towards Nitish In this, the quiet meeting was important. A central post outside the state, which includes the Vice President of the country.

“The state unit was also not informed about the nearly two-hour meeting of Union Minister Pradhan with the CM. We have been told that this was part of the BJP’s efforts to meet friendly chief ministers to ensure their support for the presidential and vice-presidential elections,” said a Bihar BJP source.

While the NDA stands comfortably for both the elections, the opposition parties have indicated their intention to field joint candidates for both the posts. Nitish has earlier supported presidential candidates fielded by rival parties. In 2012, he supported Pranab Mukherjee of the opposition for the presidency, despite being part of the NDA at that time. In 2017, when he was in the Grand Alliance with RJD and Congress, he had chosen to support the NDA candidate for President Ram Nath Kovind instead of Meira Kumar, the opposition candidate.

The BJP is reaching out to the BJD and the YSR Congress Party among others, with sources in both parties saying they were keen to vote with the BJP. “The top leadership is expected to send senior ministers to their chief ministers in the coming days,” said a leader.

MPs in the Rajya Sabha and Lok Sabha vote in the vice-presidential election, which is due in August, and the BJP-led NDA has a clear lead in Parliament.

The electoral college for the presidential election to be held in July includes 776 MPs from the Lok Sabha (543) and Rajya Sabha (233) as well as legislators from the state legislatures and the union territories of Delhi and Puducherry. The total votes are counted on the basis of their value, which varies from state to state, with an MLA from Uttar Pradesh having the highest value, followed by Maharashtra and West Bengal.

recently held assembly elections, in which Brilliant performance of BJP The BJP’s lead has strengthened in the presidential elections in Uttar Pradesh, Uttarakhand, Manipur and Goa.

On Bihar, BJP sources said that the central leadership is unhappy with the news coming out from the state. “Statements being made in public have the potential to damage the image of the NDA alliance and the unity of the government. The national leadership does not want the BJP leaders in the state to create an impression that the BJP is desperate to replace Nitish with another face. The leadership is in no mood to change till the Lok Sabha elections,” said a senior party leader.

He said Pradhan’s visit came soon after there was indication from Nitish’s camp that Union minister Bhupendra Yadav was projecting fellow BJP leader Nityanand Rai as Bihar’s chief minister. “The message from the unannounced meeting (of Pradhan and Nitish) was clear – that the BJP wants the alliance to be smooth and the state unit accepts Nitish’s leadership.”

Recently, Rai, MP from Ujiarpur and Union Minister of State for Home, hosted lunch and dinner parties for three days for BJP leaders, ministers and journalists.

A JD(U) leader also said that the central BJP was trying to dismiss the view that something was cooking. “Dharmendra Pradhan was carrying a message from Delhi for his colleague. The meeting was neither about any cabinet reshuffle in Bihar government nor any change in NDA leadership. This was probably a message from JP Nadda regarding the Vice Presidential and Presidential elections,” the leader said.

A Bihar BJP leader said they were surprised by Pradhan’s visit, and “after learning about it from sources other than BJP leaders, second- or third-rate leaders went to the airport to welcome him.” According to the leader, “there will be no change in the NDA leadership till the 2025 (Bihar) elections.”