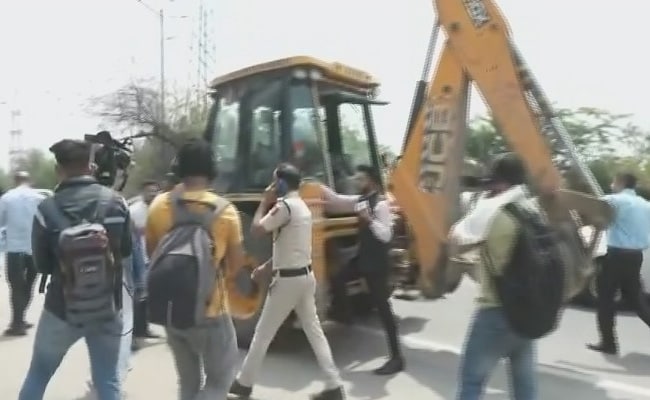 The South Delhi Municipal Corporation (SDMC) is set to launch an anti-encroachment drive today at Shaheen Bagh, the epicenter of massive protests against the controversial citizenship law.

The exercise, which was earlier scheduled to take place on Friday, was called off due to non-availability of adequate security forces.

This morning, Delhi Police provided force at the site for the demolition operation.

In the visuals, bulldozers are seen reaching the area to clear the encroachment amid the presence of heavy police force.

“Municipality will do its job, our workers and officers are ready, teams and bulldozers have been organized. Encroachments will be removed wherever they happen, in Tughlakabad, Sangam Vihar, New Friends Colony or Shaheen Bagh,” said Rajpal, president SDMC Central Zone The Standing Committee told news agency ANI.

SDMC has prepared a 10-day action plan to remove encroachments from these areas.

Demolition drive will be carried out today under the shadow of a similar exercise in north Delhi’s Jahangirpuri, days after communal clashes broke out in the area during a Hanuman Jayanti procession. The April 20 exercise saw heart-rending scenes of people begging officials to shut down as bulldozers ransacked houses and shops, which were their only means of livelihood.