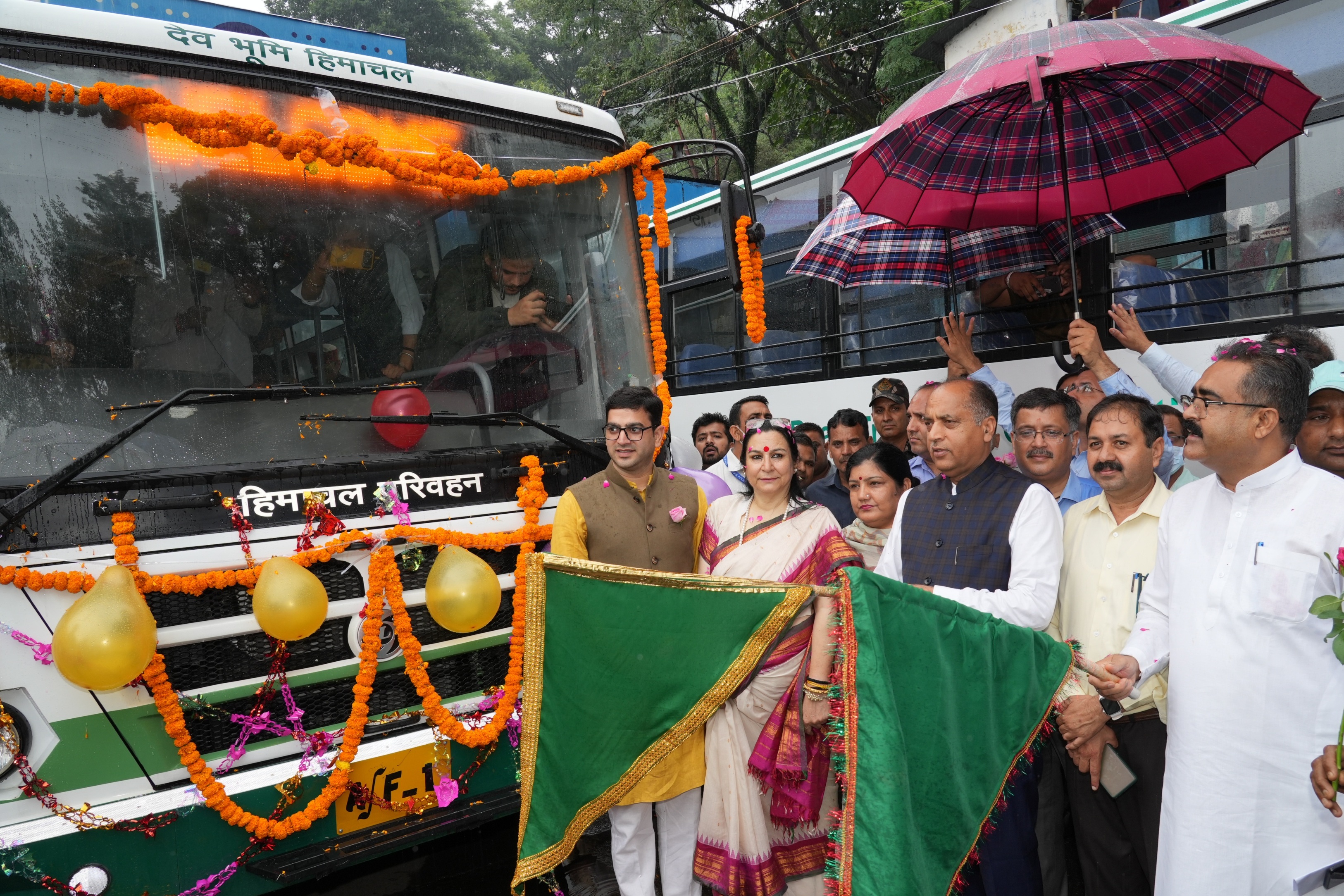 Chief Minister Jai Ram Thakur today launched the scheme of 50 percent concession in HRTC bus fare for women passengers. He also announced reduction of minimum fare of HRTC buses to Rs 5 per km from the existing Rs 7 per km and to fill up 25 posts of female drivers for ‘Ride with Pride’ taxis of HRTC.

Presiding over the state level ‘Nari ko Naman’ function here, Thakur said that 265 posts of motor mechanic, electrician and other categories would be filled in HRTC. He said that the matter of additional Rs 30 crore assistance to HRTC would be taken up with the Finance Department.

He said that the concessional fare scheme will make women self-reliant and help them move ahead in life. The government will spend around Rs 60 crore annually on this scheme as an estimated 1.25 lakh women travel in HRTC buses every day.

The Chief Minister said that 50 per cent reservation was provided to women in Panchayati Raj Institutions and Urban Local Bodies in 2010 during his tenure as Minister of Rural Development and Panchayati Raj.

“Women won more than 58 per cent of the seats in the following elections and this percentage increased to 60. Mukhyamantri Grihini Suvidha Yojana was launched in the state to cover the remaining beneficiaries of Ujjwala Yojana and 3.32 lakh LPG connections were given. Provided free of cost to women. Mukhyamantri Shagun Yojana was started for the daughters of BPL families and 31 thousand rupees were being given for their marriage. He said that an amount of more than Rs 17 crore has been provided to 5,308 girls under this scheme.

Earlier, the Chief Minister provided concessional tickets and flowers to the women passengers and flagged off the HRTC buses from the local bus stand. He also felicitated Seema Thakur, a lady HRTC driver and provided employment letters to two beneficiaries on compassionate grounds.

CM: 25 posts of female drivers will be filled