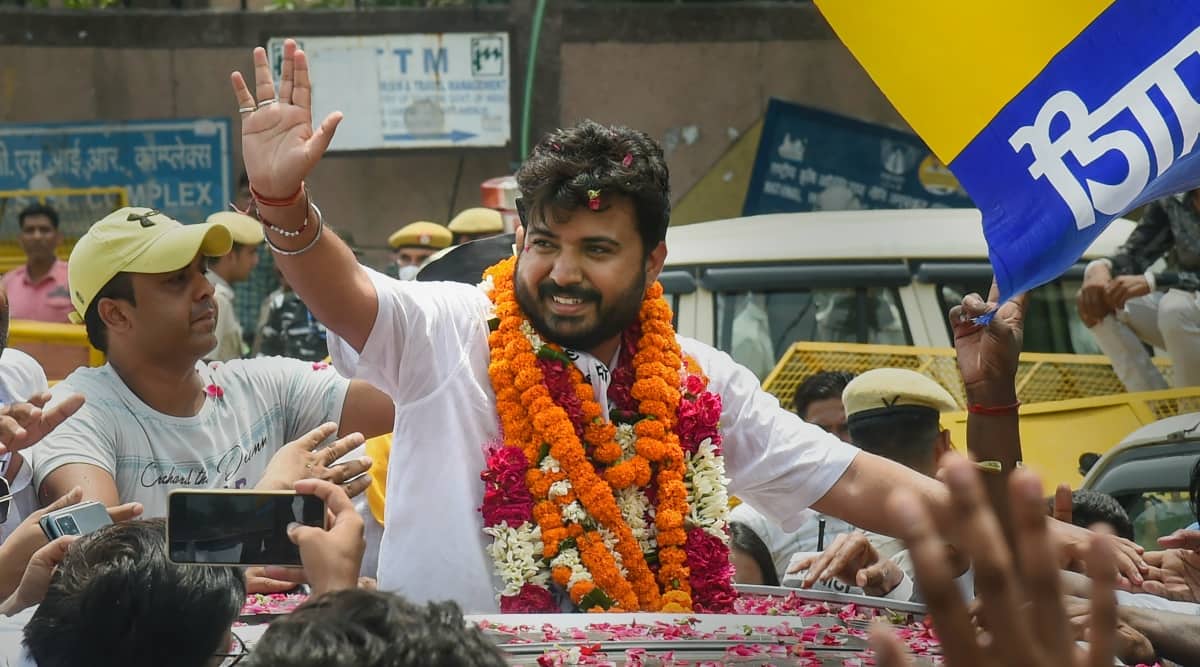 The polling trends throughout the day indicated that the turnout would remain low. For example, in the first four hours, the turnout was only 14.85%. “Voter turnout is low. We have tried our best through our voter awareness program to encourage people to vote. We are hoping that as we go ahead and maybe more people will come in the afternoon,” Delhi CEO Ranbir Singh had said in the afternoon, and expressed hope that the 2020 voter figure will be crossed.

Singh said that a total of 188 challans were issued by the traffic police for misuse of vehicles like displaying unauthorized posters, banners and other election material during the elections. Of these, 123 were against AAP, 49 against BJP and 16 against others.

There were a total of 190 polling stations, including 13 assistants, which were set up at 21 locations, which were equipped with all facilities like drinking water, ramps, sign language, braille, crches for mothers in case they came to vote with their children. are etc. A total of 24 COVID patients out of around 80 identified by the district administration voted in the election.