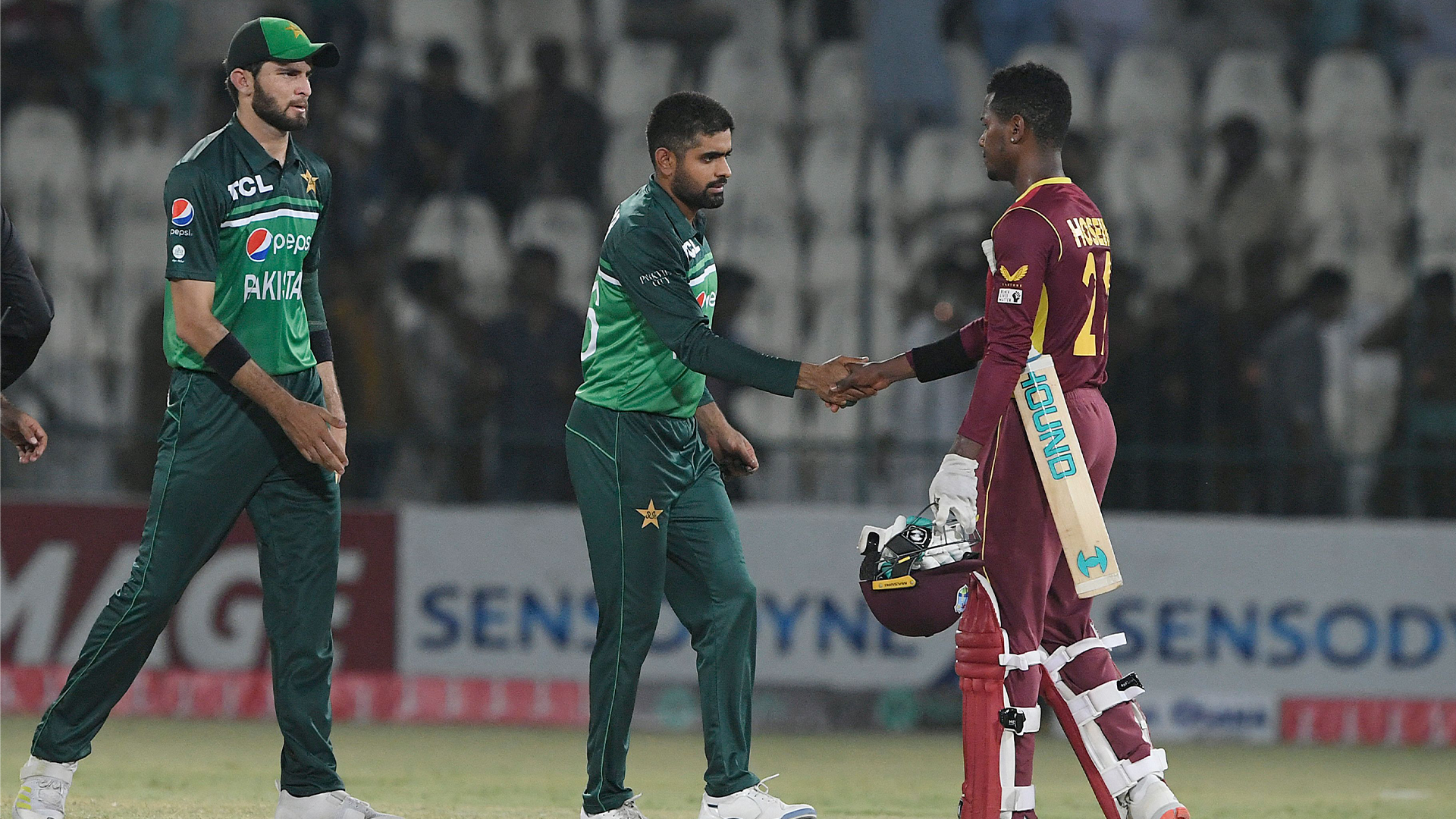 The Pakistan captain inadvertently gave away five extra runs to the visitors in the second ODI.

In the batting form he is in, it will feel like Babar Azam can hardly set foot on the cricket field.

The Pakistan captain has crossed the 50-run milestone in each of his last eight international innings, a run which includes three consecutive ODI hundreds.

In the 29th over of the West Indies innings, however, Babar Azam was seen to have picked up a wicket-keeping glove from Mohammad Rizwan and used it to take a throw behind the stumps.

This was deemed illegal fielding by the on-field umpires and as a result, five extra runs were added to West Indies’ total.

No fielder other than the wicket-keeper shall be permitted to wear gloves or outside leg guards. In addition, hand or finger protection may be worn only with the consent of the umpires.

28.1 – No fielder other than the wicket-keeper shall be permitted to wear gloves or outside leg guards. #PakvWI pic.twitter.com/WPWf1QeZcP

This is one of those rare situations that we don’t often see in cricket and it is definitely one that Azam would like to forget soon.

The incident had no serious impact on the outcome of the match as Pakistan took an unassailable 2–0 lead in the three-match ODI series, thanks to captain Azam’s 77 runs and Mohammad Nawaz’s player-of-the-match performance with 4 wickets. . /19 in his 10 overs.