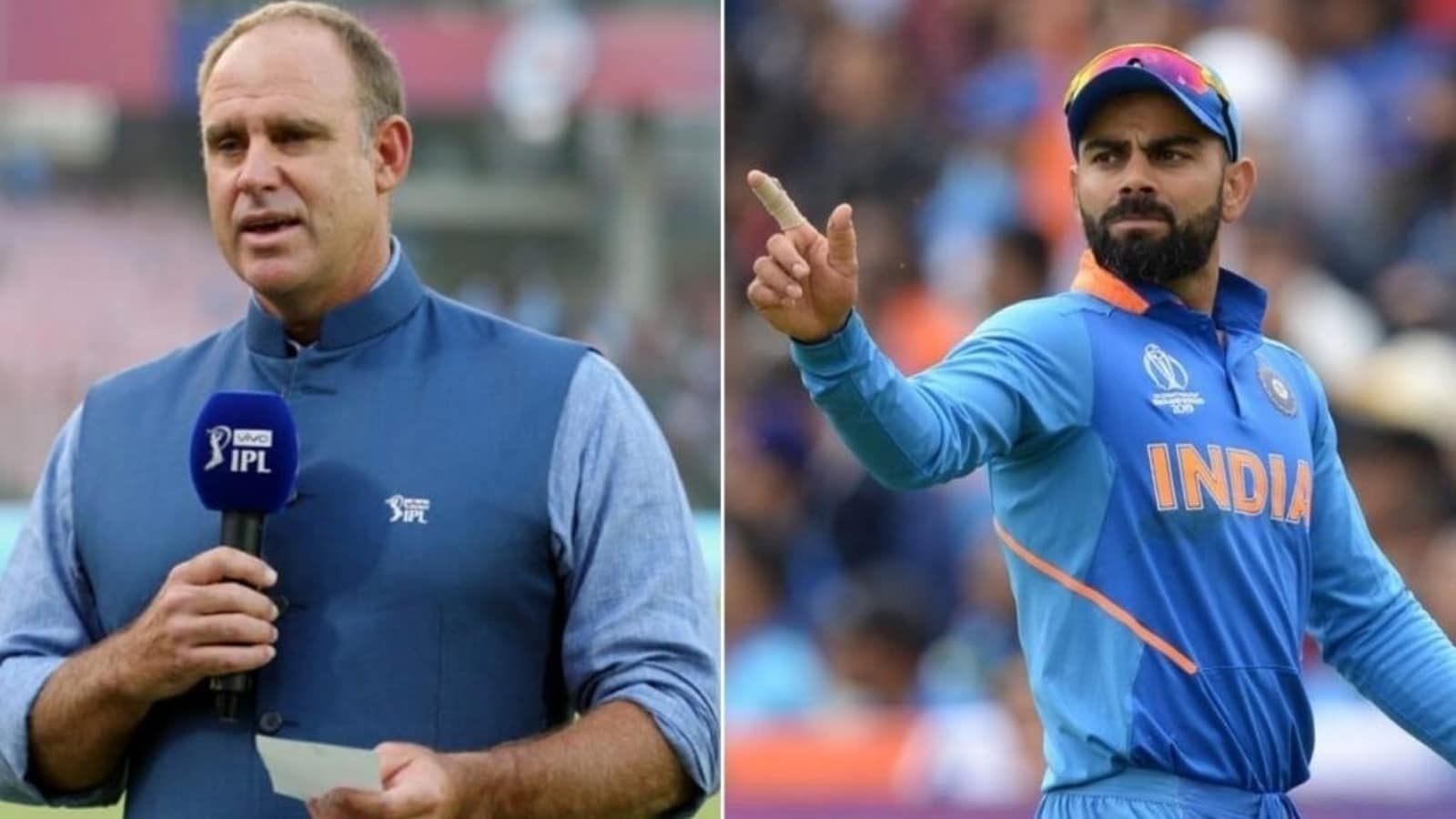 Virat Kohli’s form has troubled the premier Indian batsman for a long time. The talismanic cricketer, who once ruled the charts in almost every format, is struggling to stack big totals and the ongoing edition of the Indian Premier League has made matters worse. ,IPL 2022 Full Coverage,

Looking at Kohli’s poor performance, many suggested that the long break from the game would help the 33-year-old get back into form. Prominent among those who have made similar suggestions are former India coach Ravi Shastri and former chairman of selectors MSK Prasad.

While the focus has been on Kohli, Rohit Sharma is another prominent Indian batsman who has struggled for runs. The Mumbai Indians skipper has so far scored 200 runs in 11 matches and is yet to score a half-century.

So when commentator Harsha Bhogle debated Kohli’s need for a break during the match between Royal Challengers Bangalore and Sunrisers Hyderabad, Matthew Hayden had a completely different take on it.

Bhogle raised this question after Kohli was dismissed for a golden duck for the third time in the season.

During the second over of RCB’s innings, Bhogle spoke about Shastri’s point and asked fellow commentators Hayden and Sunil Gavaskar to share their views on it.

Responding to this, Hayden said: “Does he (Ravi Shastri) say the same about Rohit Sharma? I mean these guys are playing cricket all the time, of course these tournaments, they come so quickly, you yourself takes you to a mental place. And Kohli has been brilliant for so many years, so animated, so emotional. To come out of it though just for a moment and you’re under pressure,” Hayden said on-air.

“It also takes so much guts, no player ever believes they can go to the selector and go, ‘Sorry, I need to be out’ because you want to play, you have to control the innings. It’s so frustrating when you’re falling in a little rut you can’t find a way out. Sometimes it’s an explosive cover drive, a brilliant pull shot or Virat Kohli’s strike. Maybe in case, just a brilliant one or two with harsh and positive body language like David Warner,” he said.

Bhogle replied, “The only reason I gave is that Ravi and Virat have known each other so well in the last 3-4 years, have done so many campaigns together, are very good at Test cricket. That inner mind knows,” replied Bhogle. to Hayden

Gavaskar then joined the conversation and said: “Unless the break means you are missing India’s matches. India’s matches have to be No. 1 every time, as easy as that.”