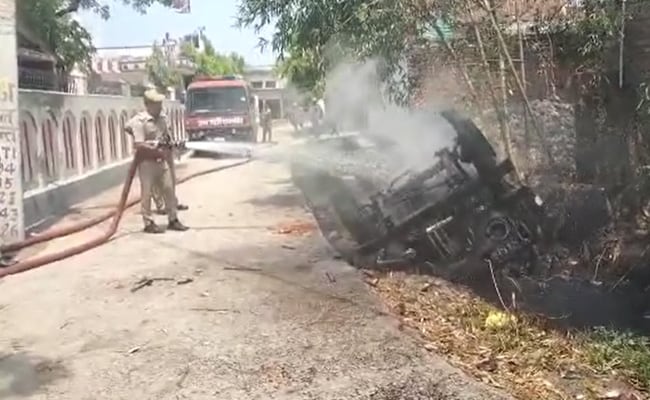 Maharashtra Chief Minister Uddhav Thackeray today launched a scathing attack on the Center over Agneepath, a short-term recruitment scheme for the armed forces, which has led to violent protests by youth, especially in North India. Maharashtra has not seen any violent protests over the issue so far.

“Today a lot of youth have come out on the streets against the Agneepath scheme. Why have they become so angry? Who asked them to come on the streets?” Mr Thackeray said that his party Shiv Sena turned 56 today.

“That’s why I had said during my rally, we have Lord Ram in our heart, but we will ensure that the work is done in your hands… said in a scathing attack on the BJP-led central government.

Mocking the plan, Mr. Thackeray said, “Tomorrow you would like to hire the government and bring out tenders. Will you issue tenders for chief minister or prime minister? Apply the concept. Higher and Fire. Use and Throw”.

Citing demonetisation and subsequent agricultural laws, which sparked massive protests, he said people digested the first but in the second instance, the government had to back down due to farmers’ protests. He said the Center has created a “new issue” today.

He said, “You should make only those promises which you can keep… You make big promises that we will give you two crore jobs every year. What do you do? Nothing. You are big names like Agneepath, Agniveer. with plans,” he said while announcing. That his Shiv Sena is getting stronger as it has never broken its promises made to the people.

The Chief Minister said that in the case of Agneepath, below four years, Agneepath will have no jobs.

“And you employ him during the time he should be educated, which is from 17 to 21 … and where will he find a job when he comes out at 21 or 22? What will he do with his life? ? And how many will you employ with only 10 per cent limit, when crores come for employment?” He added, citing the Centre’s assurance of re-hiring youth who quit the army after four years under the new scheme.

Under these circumstances, “who will be responsible if these youths hit the streets?” He added.

Speaking about the Maharashtra assembly elections on Monday, Thackeray said, “We must send an important message tomorrow. No matter what you do across the country, we can show you that the people of Maharashtra will let the arrogance of power reign.” “

On this occasion, Shiv Sena MP and spokesperson Sanjay Raut said, ‘We have many more years to go. Our political opponents should understand this.

“Some people have become very arrogant,” he said in reference to the BJP.