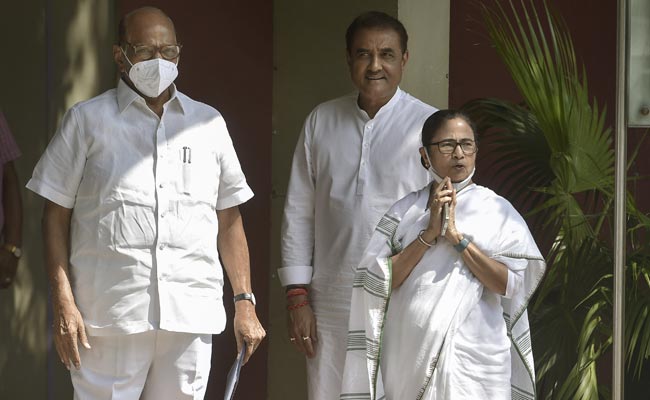 Mamata Banerjee had called a meeting to discuss a joint candidate for the presidential election to be held in July.

New Delhi:
Sharad Pawar today turned down an offer to run for the presidency, saying at an opposition meeting that he “still has an active political innings to play”. But the meeting turned chaotic over a last-minute resolution against Prime Minister Narendra Modi.

Here are the top 10 updates to this big story: