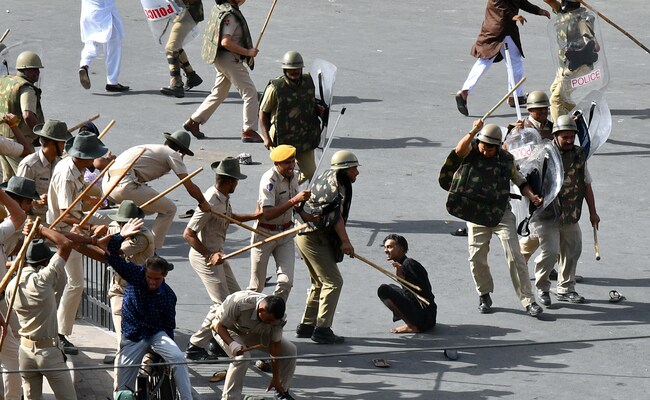 Jodhpur conflict: Fight for hoisting the flag of Eid.

Rajasthan Police has arrested 52 people so far after clashes broke out between two communities on Eid and its eve in Jodhpur, the hometown of Rajasthan Chief Minister Ashok Gehlot.

Besides this, 45 other people have also been detained in connection with the violence.

Curfew continues in parts of Jodhpur, including Uday Mandir and Nagori Gate, while internet is down to prevent the spread of rumours.

Clashes broke out over the planting of Eid flags at the Jalori Gate circle, due to which at least five policemen were injured on Monday night. The police used tear gas shells and lathi-charged to disperse the crowd on Monday night.

The incident took place when the three-day Parashuram Jayanti festival was going on in Jodhpur.

Chief Minister Gehlot has alleged the role of BJP in the violence. “This is BJP’s agenda because inflation, unemployment has increased so much, they cannot control it. So, they are doing this deliberately to divert attention,” he told NDTV yesterday.

The clashes are the latest in a series of communal violence that has erupted across the country in the past few weeks, including in Delhi, Gujarat and Madhya Pradesh.