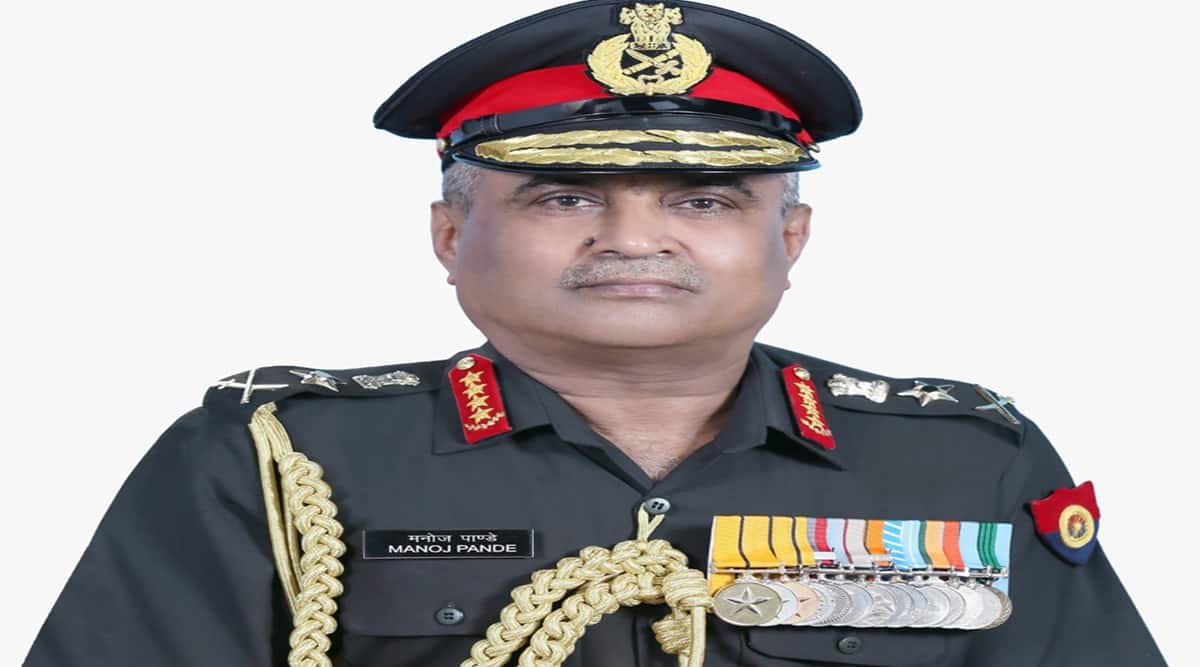 Even as the two countries engage in discussions to find a solution to the more than two-year-old standoff in eastern Ladakh, it appears from the whole episode that China does not intend to find an early solution to the overall boundary question, Army Chief General Manoj Pandey Said on Monday.

In his first formal media interaction, Pandey said that when it comes to China, “the core issue remains the resolution of borders.” He was talking in the context of the big question of 3488 km long unresolved border between the two countries.

“What we see is that China’s intention has been to keep the border issue alive,” said Pandey, who took over as the new army chief on May 1. Completely. “In the military sphere, it is to deter and counter any attempt to change the status quo on the LAC (line of actual control),” They said.

Speaking about the standoff in eastern Ladakh, he expressed hope that the friction points of balance will be resolved through dialogue. Pandey said that through talks between corps commanders from both sides, “many friction areas have been resolved after talking to each other.” Regarding the remaining areas, which have not yet broken out—including hot springs, Depsang plains and Demchok—Pandey said, “they can only be resolved through dialogue” and added, “It is good that we have a – talking to and connecting with each other.”

“Our soldiers continue to hold important positions along the LAC. He said the guidance for soldiers is to keep a “firm and firm” posture to “prevent any attempt to change the status quo”. The Army’s “object and intent, so far as the situation is concerned, is to restore the status quo before April 2020”. “It also aims to re-establish trust and peace on both sides,” he said.

However, he added, “It cannot be a one-sided affair. There should be efforts from both sides.”

Regarding the induction of new technology along the entire northern border, Pandey said, “The focus is on upgrading our intelligence, surveillance and reconnaissance (ISR) capabilities and building infrastructure to support logistics.” “The induction and induction of new technology in these areas is a part of the ongoing process of capacity development in eastern Ladakh and the entire northern border.”

He described the resolution of the situation along the border with China as one of the top challenges facing him as the army chief. The second “essential” is efforts to modernize, transform and reorganize the military, he said.

“As we go along, we have to continue to be prepared for the full spectrum of conflict,” he said, “from traditional to gray-zone and non-traditional conflict.” The military will continue to modernize itself on the basis of a “capacity crunch analysis based on threat perception”. He said the army “continues to review the threat” for operational preparedness.

Through capacity development, the “end state” has an Indian Army as “a modern, battle-ready, better structured” force, capable of “winning goods across the entire spectrum of conflict.”

When asked about the lessons learned from the ongoing war between Russia and UkraineThere were several “important lessons”, Pandey said. “Most importantly, the relevance of conventional warfare still remains. We are seeing that many platforms – artillery guns, air defense guns, rockets, missiles and tanks are being used in this war in some way or the other. It also tells us that wars are not necessarily short and fast. It may be longer than the current conflict is in the way. ,

The second important lesson, he said, “is for us to try and be self-reliant in terms of weapons, weapons, equipment and spares from the outside. We will be able to supply air defense, rockets, missiles and some tanks, especially from Russia and Ukraine.” Few weapons in the region are dependent on systems. He reiterated that “increasing self-reliance and reducing our dependence on external sources is an important lesson.” He said the army is working under the government’s Atmanirbhar campaign.

But with regards to “immediate impact”, he highlighted, “the supply chain of some spares and ammunition has been affected to some extent, but we have sufficient stock for a reasonable period of time.” “We are also looking at some alternative mitigation measures, identifying alternative sources from friendly countries. In the long term, this is also an opportunity for the private industry to increase production and meet the requirements,” Pandey said. “

He cited “non-contact or non-kinetic warfare” as another important issue, adding that “the lesson has come out loud and clear” that in the cyber and information domains, “we have seen that The battle of narratives has been used to gain. Advantage over adversary. We need to sharply focus on new areas of warfare, focus on capability development.”

Talking about the impact of the war on India, Pandey said that “besides the immediate impact” he said, “importantly the emerging geopolitical system is something that we need to understand in terms of new alliances, in terms of realignment”. Will have to monitor very closely.” He added, “It is something that will probably become very clear once the conflict is over. We also have to keep an eye on the stand and position of our opponents.”

Another important aspect was that “the attention from the areas of our immediate interest, Afghanistan and the Indo-Pacific, is not focused on what is happening in the Russo-Ukraine war. These are issues that we need to monitor and maintain at the national level.” Responses need to be developed.”