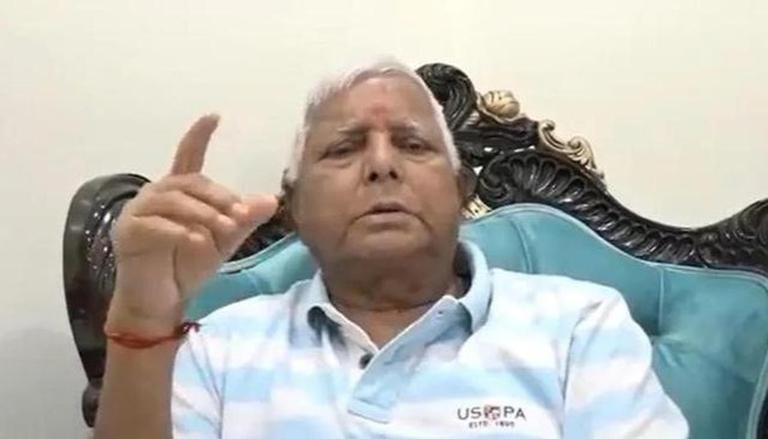 Amid reports of his ill health, Rashtriya Janata Dal (RJD) patriarch Lalu Prasad Yadav on May 11 filed an application in the Central Bureau of Investigation (CBI) court in Ranchi seeking the issuance of his passport for renewal as he had to Have to travel abroad. His lawyer, Prabhat Kumar, confirmed the news saying that the former Bihar chief minister has been diagnosed with kidney failure and needs to go out of India for a transplant.

Hearing on the application on June 10

Underlining that the veteran leader would probably visit Singapore, Kumar said the process of appointment with the doctor there is underway. “When the date of appointment is fixed, a fresh petition will be filed in all the five cases, who have been convicted for permission to travel abroad,” he said, adding that hearing on the application is scheduled for June 10. .

It is worth noting that Lalu Yadav is in Palamu, Jharkhand from June 6 to June 8 to appear in a special MP, MLA court in a 27-year-old case of alleged model code of conduct violation. The matter pertains to the 1995 state assembly elections, when the RJD supremo was to address a public meeting in Garhwa town. The Garhwa field was overcrowded, and the pilot had trouble landing the helicopter at the designated spot, so he landed in a nearby paddy field. Due to this, a case of violation of the Model Code of Conduct came to the fore.

Meanwhile, changes are likely in the RJD, as a meeting of party members was held in Patna, Bihar on May 31. In the meeting convened by the current supremo Lalu Prasad Yadav, it was discussed whether the party has the reins. RJD will give Tejashwi Yadav.

It was concluded that while Lalu Yadav continues to hold the post of party chief, all decisions, including the nomination of party members in the Upper House of the Parliament, will have the seal of his younger son.