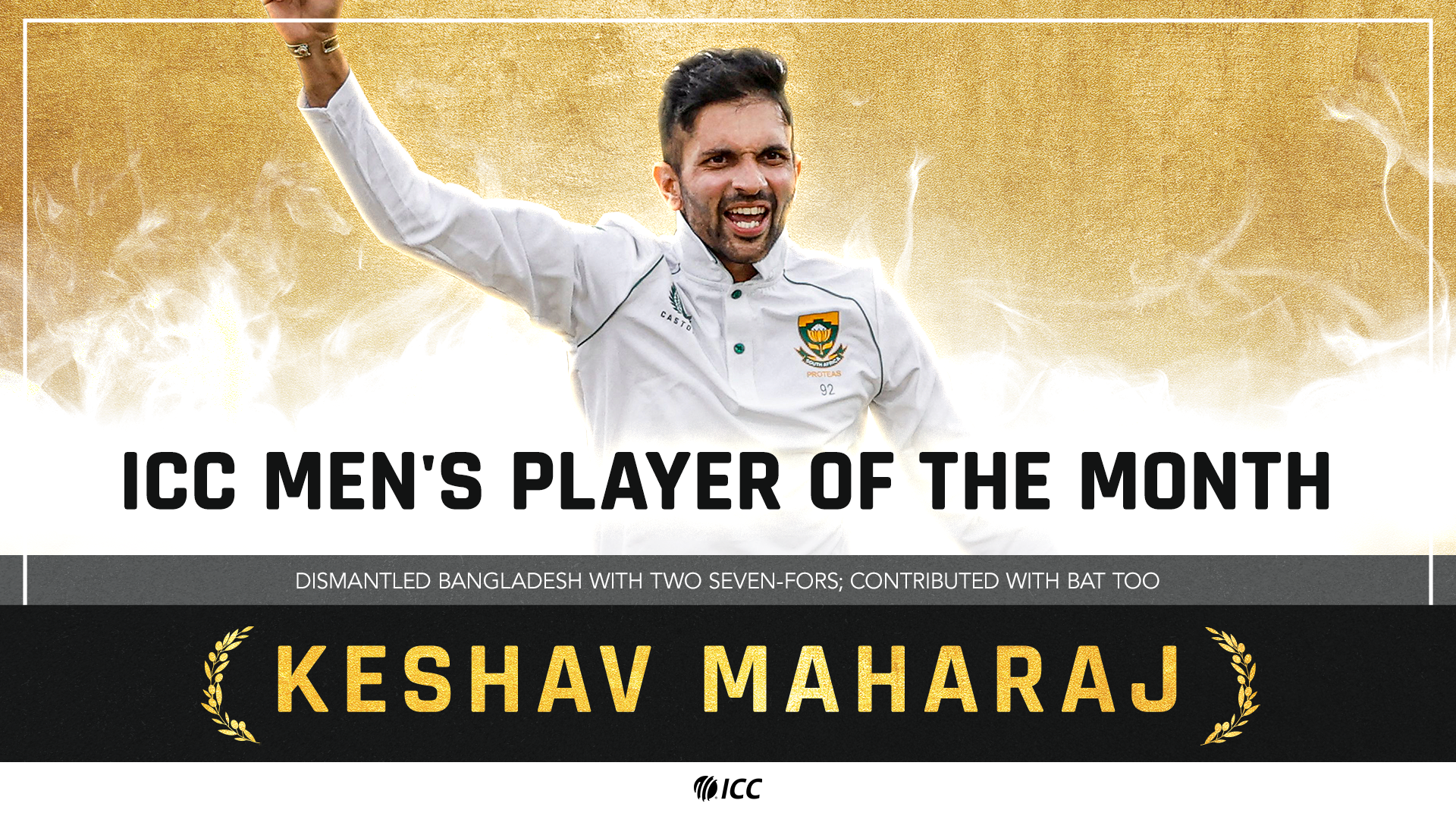 South African spinner Keshav Maharaj has been rewarded for his outstanding recent form as the ICC Men’s Player of the Month for April 2022.

It was a massively deserved award for Maharaj, who contributed 16 wickets for South Africa during the Test series and duly claimed the Player of the Series award in the process.

His exploits weren’t just with the ball, with Maharaj hitting 84 runs with the bat during the second Test in Port Elizabeth as South Africa won the series 2–0 on home soil.

Keshav Maharaj was in excellent form for South Africa

The members of the voting panel, which paid monthly honors to Maharaj, praised the 32-year-old.

“He was a key member of the series’ success for South Africa,” said ICC Hall of Famer Sthalekar.

“The amount of wickets at critical times was exceptional and late runs were one of the main reasons for his success.”