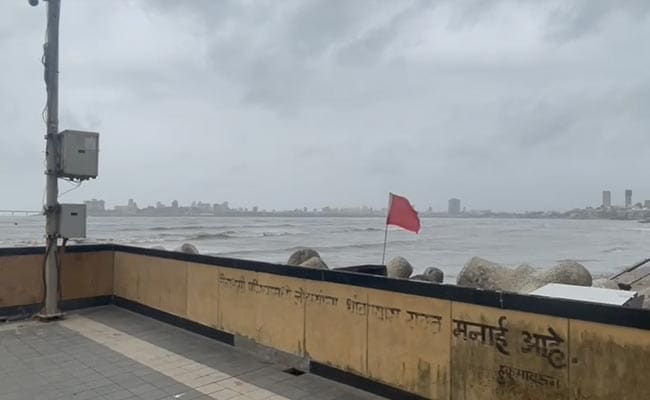 The Brihanmumbai Municipal Corporation on Friday said Mumbai beaches will remain open for the general public only from 6 am to 10 am, while red and orange alerts are in effect in Mumbai.

This decision has been taken in view of the incidents of drowning every year at various beaches.

Police department, fire brigade and life guards and maintenance staff have been put on alert on the beaches.

India Meteorological Department has issued a red alert in Mumbai from 1 pm today for the next 24 hours. The Met Office requested people to “plan their travel and itinerary accordingly”.

Many parts of Maharashtra have been receiving heavy rains for the last few days.

According to IMD, Red Alert in Mumbai from 1 PM today for the next 24 hours. We request Mumbaikars to plan their travel and itinerary in the same way. #MyBMCUpdateshttps://t.co/iV3D2iVwEj

There was some relief from rain this morning, while the Met Office warning That the city and its suburbs are very likely to receive very heavy to very heavy rainfall at isolated places during the day.

Buses of Brihanmumbai Electric Supply and Transport (BEST) and local train services, considered to be Mumbai’s lifeline, were on as normal as there was no water logging anywhere. However, some suburban trains are slightly behind their times.

The city, which has been facing heavy rains since Monday, has also reported serious cases of waterlogging, affecting traffic. Two cases of landslides have also been reported this week from Ghatkopar and Satara. No casualties have been reported so far.