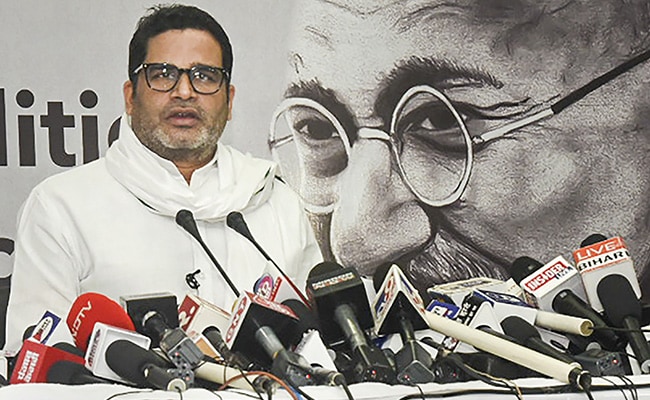 Prashant Kishor today stopped short of announcing a new political party, but said he would devote himself to bringing a new government in his home state of Bihar.

The election strategist announced a 3,000-km padyatra or march from October 2 to meet as many people as possible and described it as a part of his mission to bring “Nai Soch, Naya Prayas (New Thinking, New Effort)” to Bihar.

Prashant Kishor, or PK, said that there are no elections in Bihar in the near future, so a political party was not part of his plan yet. But he left open questions about his future.

“I want to start from scratch – I will spend the next three-four years reaching out to the people with the idea of ​​Jan-Suraj (public good governance),” he said.

Announcing his Mission Bihar, the strategist dismissed speculation about any alliance with the state’s main parties, criticizing the regimes of both Lalu Yadav and Nitish Kumar.

“I am not going to announce any political platform or political party today. I intend to bring together all those who want change in Bihar.”

Over the past few months, he said, his team has identified 17,000 people who believe in good governance. “Around 90 per cent of these people believe that Bihar needs new thinking. In the next three-four months, I will try to personally meet as many people as possible,” he said.

Prashant Kishor also explained, once again, why his talks with the Congress stalled.

This resulted in the “Empowered Action Group” of the Congress, which the party had invited him to join.

He said that the Congress showed full sincerity to work on his plan and even agreed on the way to complete it.

“But they wanted me to join the Empowered Action Group, which had no status in the Congress constitution,” Mr. Kishor said.

He also said that he did not see himself working with Bihar Chief Minister Nitish Kumar, whom he has been avoiding till now.

“I have no personal fight with Nitish Kumar. We have a very good relationship. But personal relationship is one thing and working together and agreeing is another. If Nitish Kumar calls me for a meeting, I will have to leave. But that doesn’t mean we agree on everything and it will work together,” PK said.

When asked about his earlier announcement of the Bihar Yatra, which was a non-start, Mr. Kishor said he was waiting for the Covid pandemic to end.

“If anyone doubts my integrity, if they don’t believe my pledge on Bihar, then I need to try more. All I can say is, please give me time. You have a right to doubt me. But I have a chance,” Mr. Kishor said.