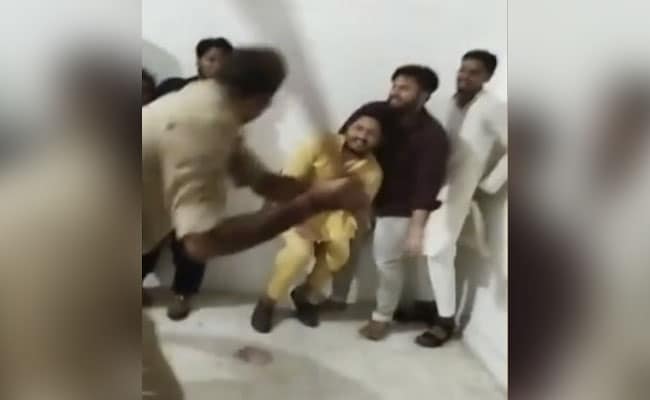 Mr Kumar had said that there was no investigation in the matter as no one had filed a complaint.

In a new twist in the viral “return gift” video controversy in Uttar Pradesh’s Saharanpur, police have said they are probing to verify the authenticity of the video clip and will take action if necessary. Superintendent of Police, City, Rajesh Kumar had till yesterday denied any knowledge about the video. “We don’t know where it is from. If we get a complaint, we will see,” he said.

Senior Superintendent of Police Akash Tomar told NDTV today, “SP City is investigating to verify the authenticity of the video and take action (if required).”

Uttar Pradesh BJP MLA Shalabh Mani Tripathi had shared the video on Twitter, in which police are seen brutally thrashing a group of men with the caption “return gift for rioters”. Mr Kumar had said that there was no investigation in the matter as no one had filed a complaint.

In the video, about nine people begging and trying to stop the incessant rain falling on them, two policemen armed with sticks at a police station, but in vain.

The video went viral two days after the Uttar Pradesh police cracked down on protesters and many of them were detained for disturbing peace and harmony as clashes were reported at several places where people gathered to protest. Now suspended BJP spokesperson Nupur Sharma made objectionable and communal remarks against Prophet Muhammad and Islam.