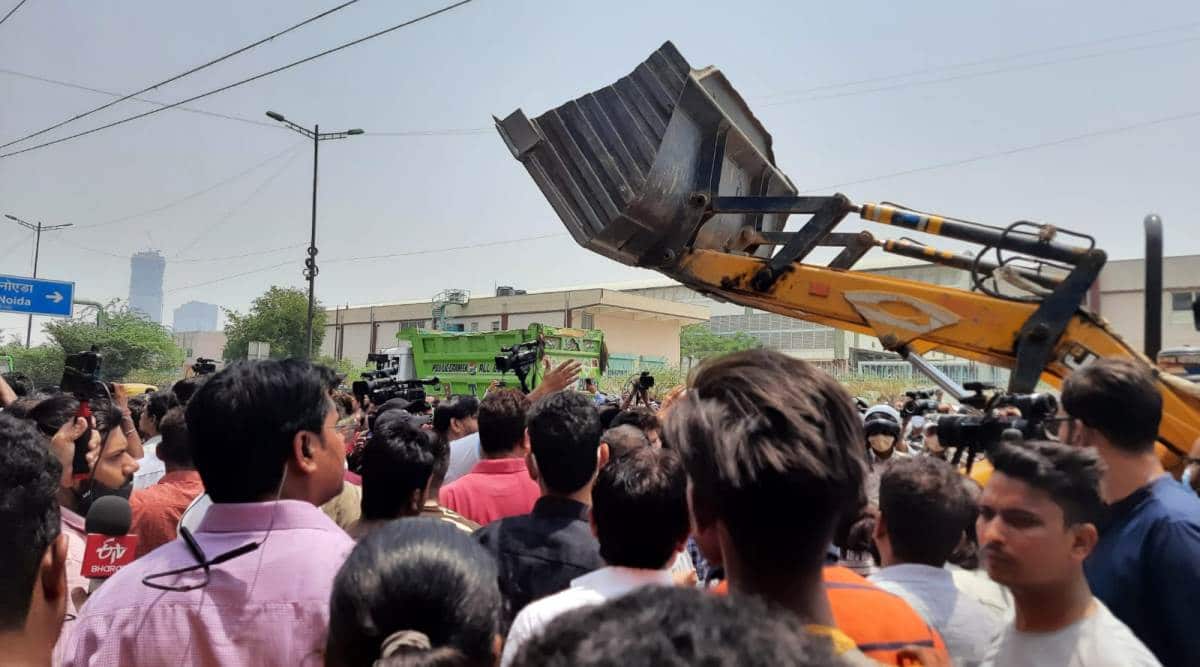 The Supreme Court on Monday refused to entertain a petition filed by the CPI(M) challenging the anti-encroachment drive Shaheen Bagh And asked the people angry with the action of the municipal authorities to approach the High Court. “What case is this CPI(M) party registering? We can understand someone who is coming before us… What is the violation of fundamental right (of the party)? Who can come under Article 32?” A bench of Justices L Nageswara Rao and BR Gavai dismissed the petition while withdrawing it.

Clarifying the outrage at the court flooding in demolition cases from across the country, Justice Rao said: “We are not confiscation of all encroachments in this country. And on the same day itself (when a petition was filed raising the issue of demolition drives in other states), we made it clear to Mr. Kapil Sibal when he was referring to other parts of the country. We said that we are not expressing any views. We have to balance interests. We will definitely intervene, but the encroachment is not being removed as per the law.

The bench further said: “We have never given any license to everyone to come here and then say my house is being demolished even if it is unauthorized. And the Supreme Court must be doing the same… It is too much. Don’t take recourse to court orders just because we are showing luxuries.

Justice Rao said: “We are making it very clear. If there is any violation of law, we will definitely take action, but not at the behest of such political parties.

Senior advocate PV Surendranath, appearing for the CPI(M), said the petition was in public interest, but the bench wondered why none of the aggrieved persons approached the court. “You are advised to approach the High Court… not at the behest of political parties, please do not convert this into a platform. If anyone is aggrieved, they should come,” Justice Rao said.

The lawyer then said there was a petition by a hawker’s union representing the affected people, and that he had moved the court as the structures were being demolished. But the bench said: “If the hawkers are encroaching on the footpath… go to the High Court. Why are you coming here?”

The court said that it had intervened in the case of Jahangirpuri only because of the demolition of the structures. “When we were informed that some structures were being demolished… we placed an order. If we start interfering in these matters, we will do the same,” Justice Rao said.

Senior counsel said that many residents are also affected. To this the court said, ‘Let those people come. We don’t know what is being dropped.”

Turning to Solicitor General Tushar Mehta, appearing for South MCD, Justice Rao remarked, “Mr Solicitor, though we are not interfering, but when you do this activity, why don’t you do so as per law Do. Give them notice.”

Mehta insisted that the procedure is followed and said that the petitioner is misrepresenting facts to create political propaganda. “The petitioners are misrepresenting that houses are being demolished. There is a letter and the officers are there to tell Your Lordship that this is a routine campaign that has been going on for a long time and that those who have occupied the sidewalks and public roads are being removed … See that making political propaganda What kind of misrepresentation is going on for this,” he said.