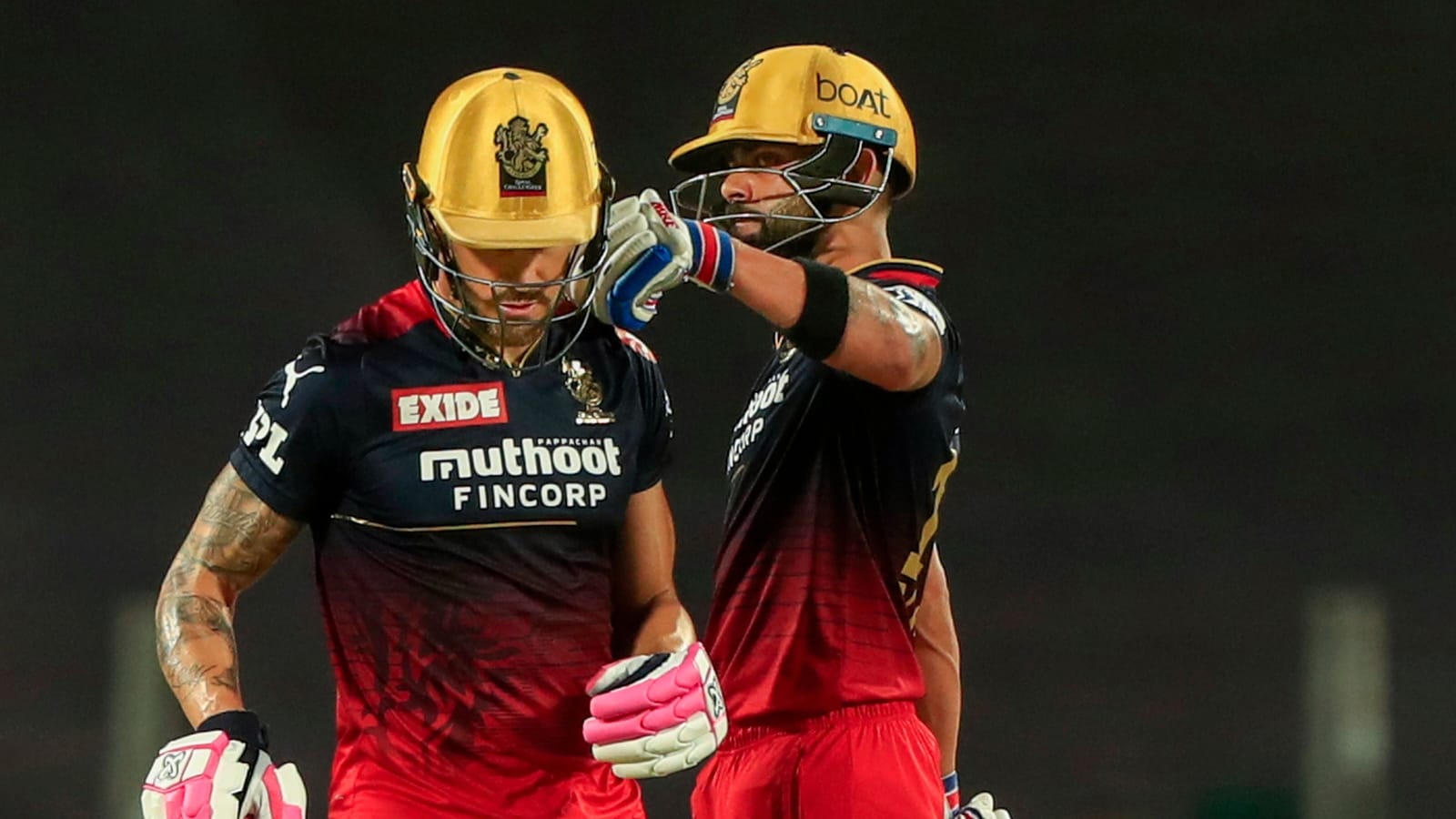 the former Royal Challengers Bangalore captain Virat Kohli Said that current RCB captain Faf du Plessis totally runs the show as he is “very confident about himself.” Kohli revealed that du Plessis at times doesn’t listen to his inputs if he doesn’t see merit in it, which makes Kohli respect the former South Africa captain even more. Follow IPL 2022 coverage

“Me and Faf have always gotten along well even before playing together this season as he was the captain of South Africa for a while. Faf is someone who is very confident about himself, and he has full authority on the field, he tells me that sometimes I mention things and tells me no, I don’t want to do that, Which I respect a lot because it obviously benefits you respect for the person you are playing under,” Kohli told Danish Sait in a video shared by RCB.

Du Plessis was bought by RCB in this year’s mega auction 7 crores. The right-handed top-order batsman was earlier part of Chennai Super Kings. He was named RCB captain at the start of the 15th edition of the Indian Premier League after Kohli announced his decision not to continue as RCB captain long ago.

Kohli said that he always had a lot of respect for du Plessis.

“As I said, we have had mutual respect for many years even before playing for RCB as he was the captain of South Africa, and always had some good conversations – pre-match, post-match. Yes, there was always respect, but now I get to know him a lot better and he is a wonderful guy and yes definitely a great looking guy,” he said.

RCB are currently at the fourth position with 14 points. They have to win at least one of their next few matches to have a chance to qualify for the playoffs.