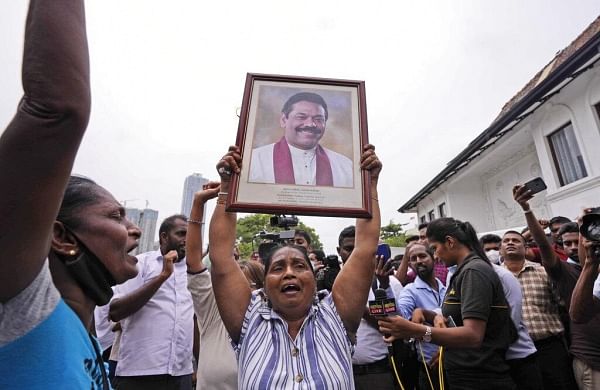 Colombo: A Sri Lankan court on Thursday imposed travel bans on former prime minister Mahinda Rajapaksa, his son Namal Rajapaksa and 15 others in the wake of an investigation into the deadly attack on anti-government protesters in Colombo this week.

The Fort magistrate’s court barred him from traveling abroad due to an investigation into Monday’s attacks on peaceful protest sites in Gotagogama and Managogama, the News 1 website reported.

Read also: Under security at Lanka’s former mighty Mahinda naval base as troops march on the streets of Colombo

The Attorney General requested for a travel ban on 17 persons, stating that they were required to appear in Sri Lanka to investigate the attacks on Gotagogama and Managogama as it appeared that they conspired and planned those attacks. Made.

Violence erupted in Sri Lanka on Monday when supporters of Mahinda Rajapaksa attacked peaceful anti-government protesters and demanded their removal over the country’s worst economic crisis, leading to severe shortages of staple food, fuel and electricity.