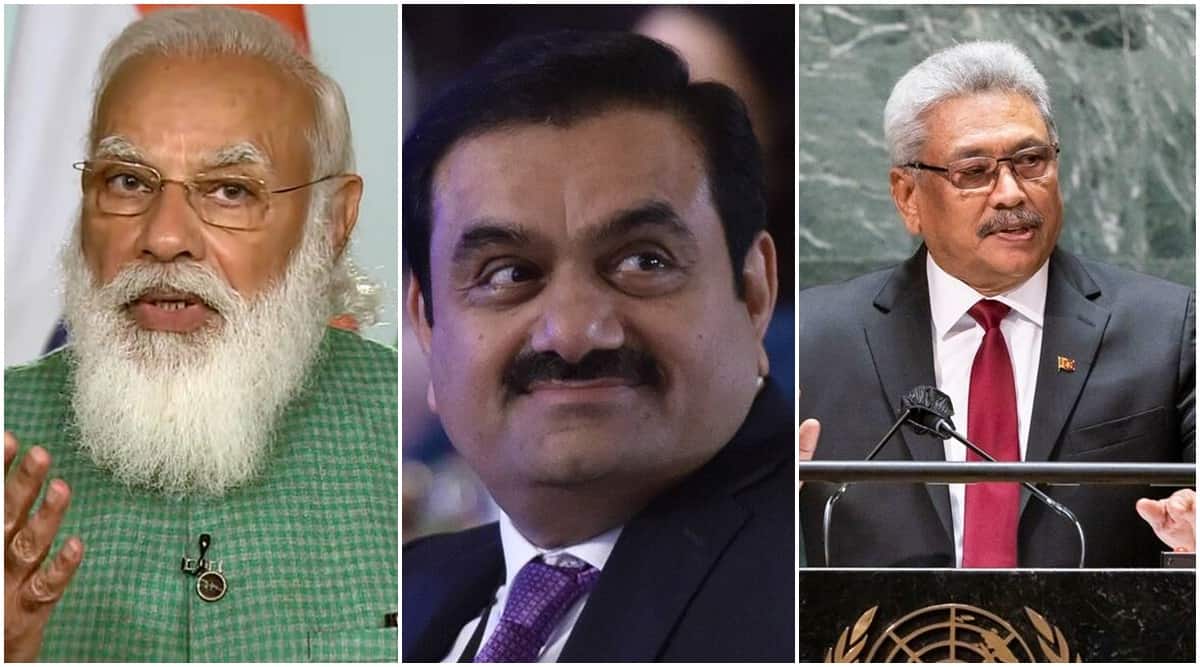 Although Ferdinando retracted his statement a day after his appearance before the panel, claiming that he had become “emotional”, it sparked a political controversy, with the opposition criticizing the Rajapaksa government as “friends” of Modi. allowed entry through the back door”. in country.

Announcing Ferdinando’s resignation, Sri Lanka’s Minister of Energy and Energy Kanchana Wijesekera tweeted on Monday afternoon: “I have accepted the letter of resignation given to me by the Chairman of the CEB, Mr. MMC Ferdinando. Vice Chairman Nalinda Elangakoon will take over as the new Chairman CEB.

Ferdinando told a parliamentary committee on Friday that Rajapaksa had asked him to give the Adani group a 500 MW renewable energy project in the island country’s northern Mannar district. Addressing the Committee on Public Enterprises (COPE), Ferdinando claimed that Rajapaksa “called” him on 24 November, adding that India’s Prime Minister Modi was pressuring him to hand over the project to the Adani Group.

Rajapaksa “emphasized that I look into it”, he told the panel, adding that he had “sent a letter that the President has instructed me and that the Finance Secretary should do the necessary work. I told it to the government.” It’s a government deal.” He also said that the CEB had never made unsolicited offers in the past even on a government-to-government basis.

But, in a letter sent to Sri Lanka’s finance ministry on November 25, a day after his alleged meeting with Rajapaksa, Ferdinando did not mention any pressure from Modi. He only said that the President had asked him to “facilitate” projects to the Adani Group after it had agreed to make “substantial” foreign investment in the country.

a statement by Ray #laka In a COPE committee hearing regarding the award of a wind power project in Mannar, CEB Chairman, I categorically deny authorization to award this project to any specific person or entity. I am sure that responsible communication will be followed in this regard.

The letter said that Adani Green Energy’s proposal to “invest in the renewable sector” was the subject of discussion, “where a joint inspection was conducted with representatives of the CEB and the corporate group in pursuance of the direction of His Excellency the President”. “As per this joint inspection, after meeting with Hon. Prime Minister (Mahinda Rajapakse)… it was a directive to me by Hon. Proposal of M/s Adani Green Energy as Proposal of Government of Sri Lanka to Prime Minister, Government of India as the Heads of the two countries have agreed to receive this investment in Sri Lanka, to meet the current FDI crisis,” it said.

“Soon after the progress review meeting on Renewable Energy with H.E. President at President’s Secretariat on 16.11.2021, I was directed by His Excellency the President to facilitate M/s Adani Green Energy to develop 500 MW Wind & Solar, Renewable Energy Project in Mannar and Punarin, as they have already agreed to invest substantial amounts of FDI in Sri Lanka. As per the directive, I considered it to be a one supported by the Government of India based on bilateral discussions between the two heads of state. Investor offer,” Ferdinando said in the letter.

Based on “directions” from the president and prime minister, he wrote, he recommended the Treasury proceed to sign a memorandum of understanding for the project. The letter was addressed to Treasury Secretary “SR Atigala” (SR Atigala).

Responding to the controversy, an Adani Group spokesperson said on Monday: “Our intention to invest in Sri Lanka is to meet the needs of a valued neighbour. As a responsible corporate, we see this as an essential part of the partnership that our two countries have always shared… We are clearly disappointed by the decline that it appears to be. The fact is that this issue has already been addressed by and within the Government of Sri Lanka.”

While the Indian government has not responded to the allegations, senior Congress leaders Rahul Gandhi tweeted on Sunday:BJPThe cronyism of Ka has now crossed the Palk Strait and gone to Sri Lanka.

When Ferdinando’s statement first became public, Rajapaksa swiftly denied it over the weekend. His office “strongly denied” anyone influencing him in providing the project. The statement said Rajapaksa “categorically stated that he had not at any time given authorization to any person or institution in Mannar to award a wind power project.”

The controversy comes days after Sri Lanka changed its laws to eliminate competitive bidding for energy projects. The opposition Samagi Jan Balvegaya Party alleged during the passage of the amendment in Parliament that the changes were made with the intention of regularizing the award of the Mannar contract to the Adani group.

Last year, the Adani Group had won a contract to develop and run Colombo Port’s strategically important Western Container Terminal with a 51 per cent stake.

In May, protests broke out across the country against the ruling Rajapaksa family for mishandling the economy, forcing Gotabaya’s brother Mahinda Rajapaksa to step down as prime minister. India has provided USD 3 billion in aid through credit lines, currency swaps and other mechanisms since January.