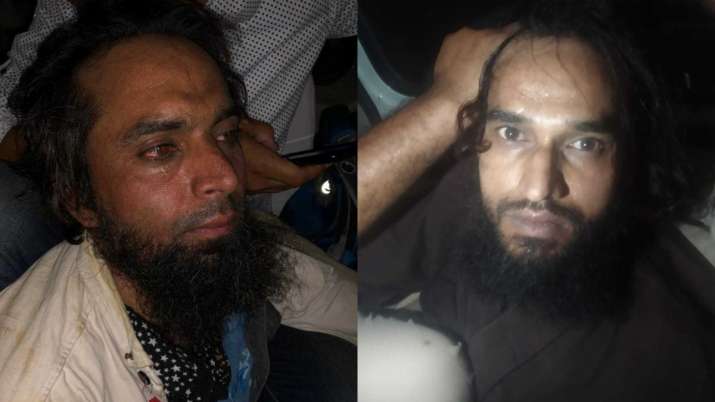 Udaipur tailor beheadedIn Udaipur, Rajasthan, a shopkeeper was brutally murdered by two people of a certain community over a social media post in support of former BJP spokesperson Nupur Sharma.

According to the information, in Udaipur, two people went to the shop with sharp weapons and brutally murdered the shopkeeper in broad daylight. Both the accused have been arrested from Rajsamand area of ​​Rajasthan.

Reports say that the accused came to a tailor’s shop on the pretext of giving a measurement of the cloth and then brutally murdered the shopkeeper. The deceased has been identified as Kanhaiyalal.

the accused filmed the crime

The accused killers not only brutally beheaded the tailor but also filmed the entire crime.

The incident happened at around 2.30 pm on Monday when a person named Riyaz reached on a motorcycle with each other.

In a video clip, Akhtari announced that he had “beheaded” the man and threatened Prime Minister Narendra Modi that his knife would be found by him as well.

Indirectly, the attackers also referred to Nupur Sharma, a BJP leader suspended from the party for a remark on Prophet Mohammad.

The victim used to run a tailor shop named ‘Supreme Tailors’ in Dhan Mandi area of ​​Bhootmahal of Udaipur.

NIA will investigate the brutal murder

An NIA team of 5 officers has been constituted to interrogate both the accused. The team will also visit the crime scene today.

Speaking on the matter, Chief Minister Ashok Gehlot said, “It is a very sad incident. It is not a small incident, what has happened is beyond anyone’s imagination. The guilty will not be spared.”

“This is a sad and shameful incident. Today there is a tense atmosphere in the country. Why don’t PM and Amit Shah ji address the nation? There is tension among the people. PM should address the public and say that such violence will not be tolerated. And appealed for peace,” Ashok Gehlot added.

Internet services have been temporarily suspended for the next 24 hours following the murder of a tailor in Udaipur district, officials said. Besides, prohibitory orders, mobile internet service has been suspended across Rajasthan, the chief secretary said.

Curfew was declared in seven police station areas of Udaipur city till further orders at 8 pm.

Two motorcycles were torched in Hathipol area and a mob pelted stones at a mosque in Dhan Mandi before the police dispersed.

The relatives told that Kanhaiyalal was a resident of Govardhan Vilas area. About 10 days ago, he made a social media post in favor of former BJP spokesperson Nupur Sharma.

Since then people of a particular community were threatening to kill him.

Kanhaiyalal first informed the police, no action was taken

Kanhaiyalal was troubled by the constant threats and he also informed the police. The victim did not even open his shop for the last 6 days.

Reports say that the police did not take any serious action in this regard and asked the tailor to stay for a few days.

After the murder, the local markets in the area were closed as the traders demanded the arrest of the accused.

BJP state chief Satish Poonia hit out at the Congress government in Rajasthan, saying the killing was a result of its “appeasement policy”.

He said the people seen in the video had threatened the victim on June 17.

“The victim had sought protection, but the police did not,” he claimed, adding that this indicated the apathy of the Congress government in the state. The state unit of the People’s Union for Civil Liberties (PUCL) has also made the same claim.

,With inputs from PTI,