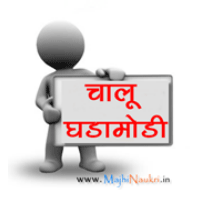 8. Quotas in several categories including that of District Magistrate (DM) and Member of Parliament (MP) have been scrapped by the Education ministry for admissions to Kendriya Vidyalayas.
Quotas in several categories including District Magistrate (DM) and MP (MP) have been canceled by the Ministry of Education for admission in Kendriya Vidyalayas.

9. A central accident database management system has been launched by the central government that will help in analyzing the causes of road accidents and devise safety interventions with the aim of reducing such accidents in India.

10. The Union Cabinet has given its approval for the financial support of Rs 820 crore for the India Post Payments Bank. This monetary support will help the state-run payments bank penetrate deeper into the nation, especially in the country’s rural areas, and will work towards boosting financial inclusion.
The Union Cabinet has approved financial assistance of Rs 820 crore for India Post Payments Bank. This financial support will help the Government Payments Bank to go deeper into the country, especially in the rural areas of the country and work to promote financial inclusion.