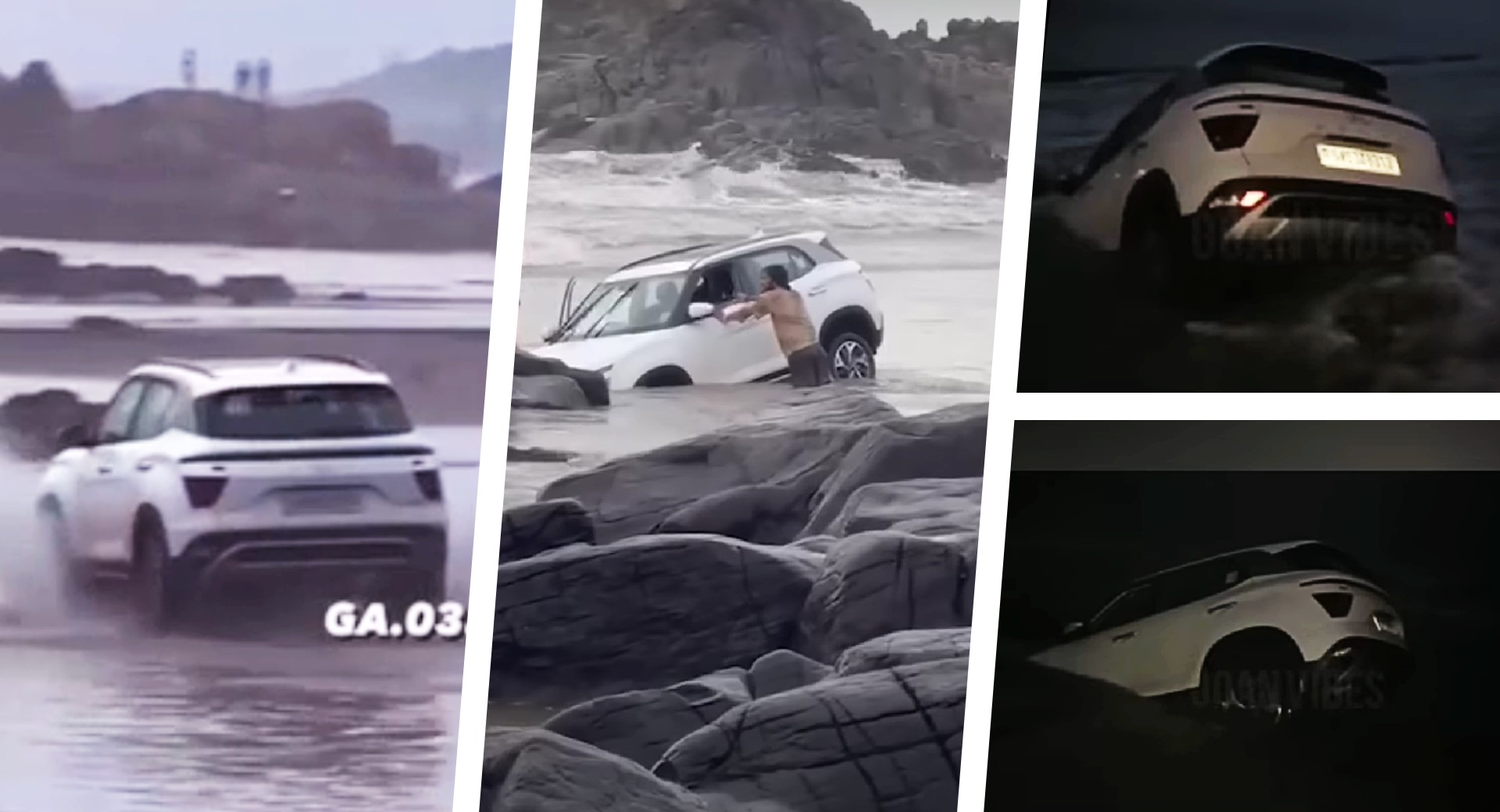 Driving a crossover on a beach can be fun but only if you do it in the right conditions so put safety first. A tourist in Goa, India did not follow the basic rules, and his fare Hyundai Creta Almost drowned.

The incident took place at Goa’s Vagator beach, where driving is prohibited during the monsoon season. Tourist can be seen driving the FWD-only Hyundai on the wet sand, which is happening dangerously near the edge, Moments later, the inevitable happens and Hyundai is trapped.

See all this: I Stuck In The Sand With A 4WD Jeep And It Was All My Fault

Somehow the driver managed to sink the front end of the Creta deep into the sand. Waves are hitting the vehicle and it looks like there is no hope of protecting it from the elements. Another video shot later in the evening shows that the situation has worsened with a large portion of the vehicle being underwater,

The tourist was arrested by the police for breaking the law and we’re sure the rental company will need some clarification on how brand-new theirs is Hyundai Creta Finished swimming with the fish. Local media report that the police had confiscated the crossover but it is not clear how they managed to get it out of the sand. Even if the car was recovered, we can see a dismiss Due to the loss of salt water.