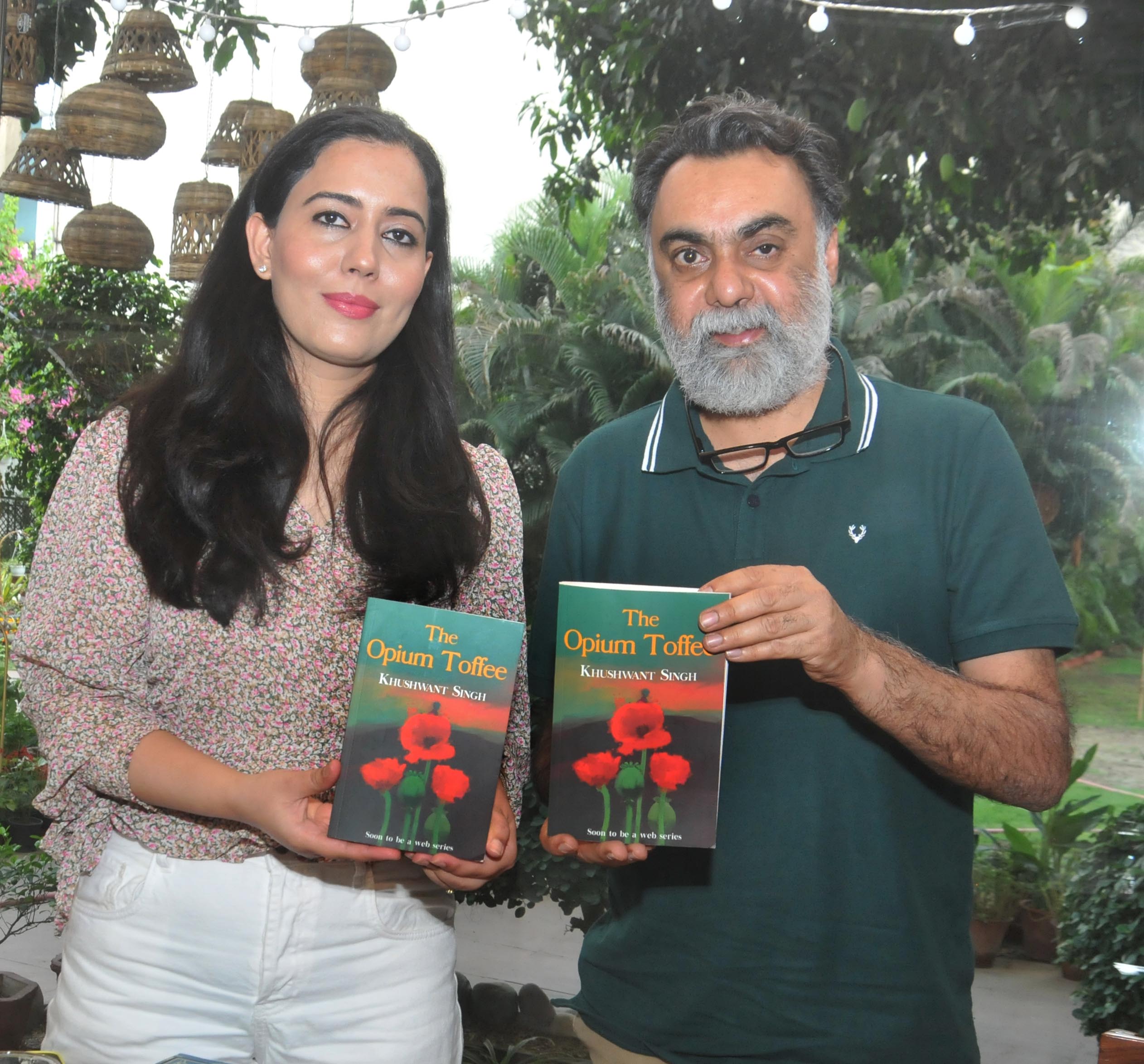 Hoshiarpur-based author Khushwant Singh, reading excerpts from his new book and sharing its perspective with book lovers of the city, launched his new novel ‘The Opium Toffee’ at an event organized by The Pageturners here on Friday.

Singh introduced his book to the readers, “It is about drugs, bigotry, politics and the prevailing patriarchy. The heroine of Meri Kahaani is India’s top supermodel Shabnam Singh, who finds her first love Ajit begging on a London street. He is shocked to know the circumstances that led to this situation. The story takes place in London between the turbulent Punjab of the 90s and 80s and touches upon the era of turbulent times in the state.

Avkirat Dayal of The Pageturners asks the author a few questions, “While most authors prefer to travel abroad, you are touring all over India with your book launch events”. Khushwant Singh retorted, “The journey enriches the writer’s experiences and makes him flourish. I wish I had been doing this earlier. When I released Capt Amarinder Singh’s biography ‘The People’s Maharaja’ in February 2017, with the voting held and results awaited, I launched the book only in Punjab. This was the time when the captain shook the whole country and everyone was talking about him and wanted to know about him. Had I visited India with his books, sales would have been much higher even though we had to get five quick reprints of the book soon after launch due to high demand.

Reading excerpts, he shared stories from four-decade-old Punjab, when most households in villages had daily discussions about how much milk, butter, ghee, buttermilk, paneer or curd was produced on a particular day. Responding to a question as to what he thought was the biggest takeaway from his book, he said, “For any writer or film director, the biggest challenge is to get the reader to associate the story with their own form.”