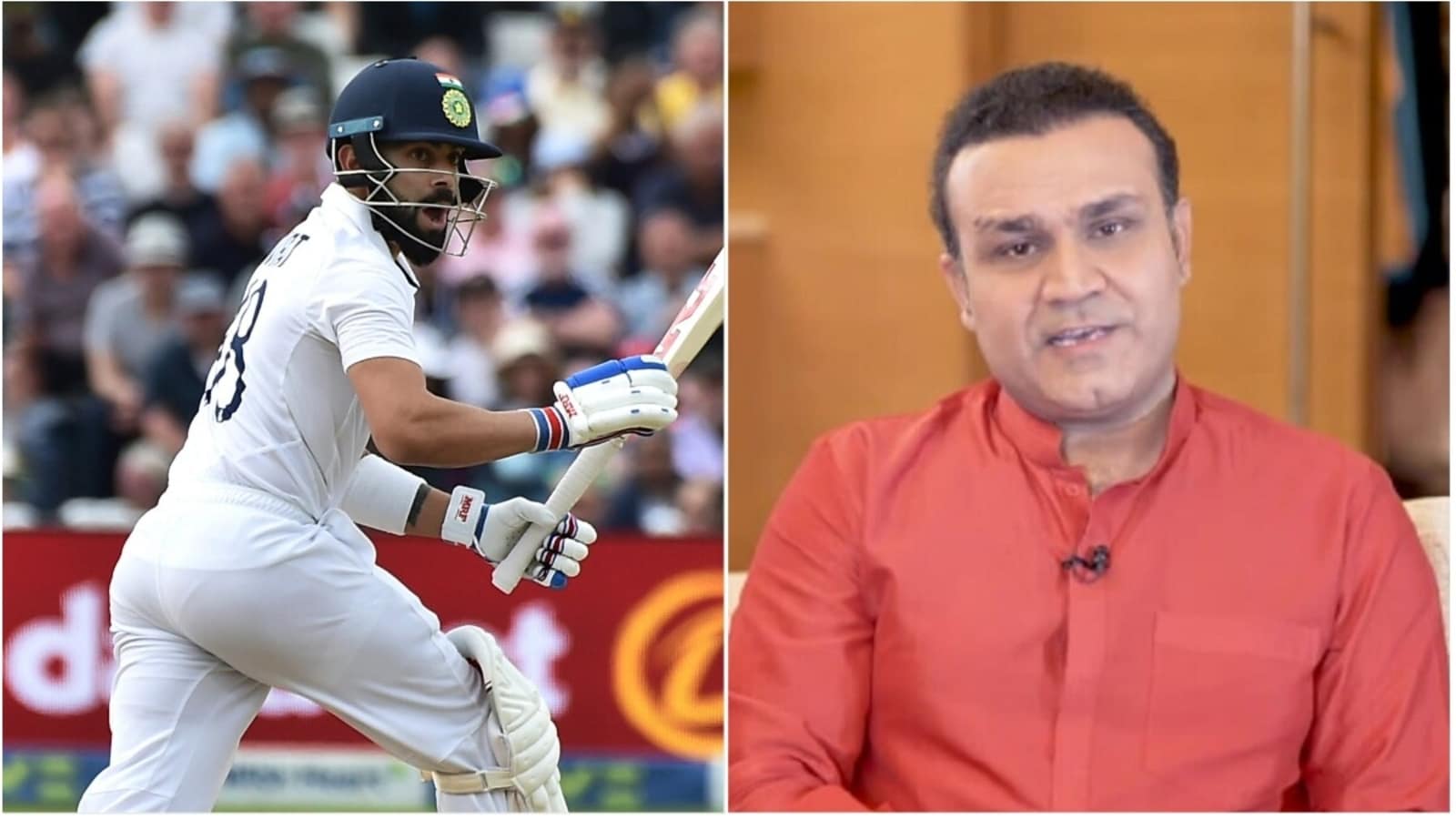 former india opener Virender Sehwag He is facing the heat of fans on social media after a video of his commentary stint during the third day of the rescheduled fifth Test between India And England went viral on Sunday. In the video, Sehwag made an objectionable comment on Virat Kohli’s dance ceremony after India took a wicket during England’s first innings. India bowled out England for 284 on the third day of the game after scoring 416 in the first innings.

Mohammad Kaif, who was also on-air with Sehwag in the video, witnessed Kohli’s dance ceremony during the replays. Sehwag then made the comment which drew the ire of fans on social media.

The video soon went viral on Twitter, and fans called out Sehwag for his offensive remarks. Many fans also wanted the former India opener to be removed from commentary duties for the game.

Wtfff just called Sehwag to Kohli as Chhamiya. Man you are legend but you can’t use words like this for our legend

Earlier, Sehwag had also criticized Kohli’s sledging against Jonny Bairstow on the third day of the Test. Kohli was involved in a heated conversation with Bairstow during the first session of the day, after which the umpires as well as Ben Stokes had to intervene to calm things down.

Bairstow eventually scored a century (106) in the game, which was instrumental in taking the team’s score to 284 in the first innings.

India ended Day 2 on 125/3, with Cheteshwar Pujara unbeaten on 50 while Rishabh Pant was batting on 30.

England captain Ben Stokes won the toss and elected to bowl. Jasprit Bumrah is leading the Indian team in the absence of Rohit Sharma, who tested positive for Covid-19 before the game.