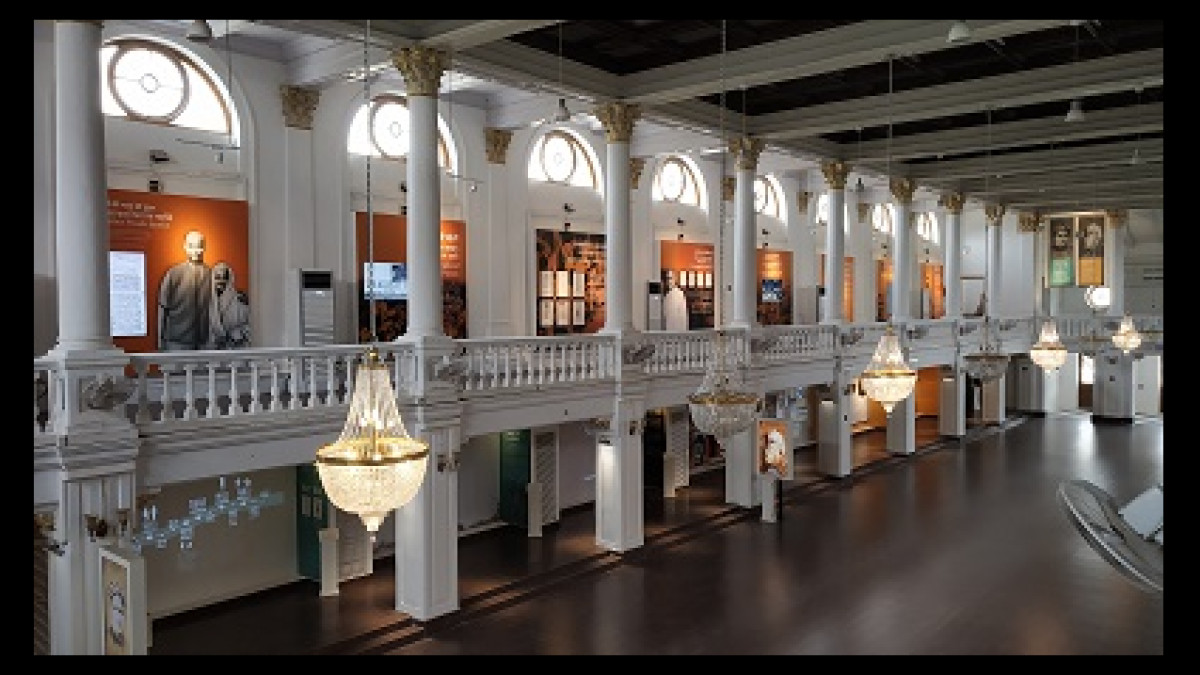 From the history of money to the history of theatre, an exhibition on Kolkata’s vibrant culture, or a brief account of the lives and times of some Bengali stalwarts, these new age Kolkata museums offer interesting insights into various aspects of the city. , Some of them are housed in heritage buildings that have got a new lease of life through adaptive reuse.

Did you know that salt was considered so important in ancient times that it was used as a means of financial exchange and even to pay wages? Or that until the mid-1960s, the country of Yap (a group of islands in the western Pacific Ocean) used donut-shaped stones, which varied in size from a saucer to a landmark, as their currency. As in (pronounced ‘phi’)? You will find more such historical anecdotes in the Reserve Bank of India Museum, another museum in the country located in Kolkata.

The museum is located on the ground floor of the more than a century old heritage building from where the Reserve Bank of India started functioning after its formation in 1935. Before entering the main museum, stop at the reception area (which also houses a souvenir shop). Take a look at the artistic decorations made from old, out of circulation coins and cut currency notes. Through infographics, old artifacts and machinery, photographs, dioramas and interactive displays, the main museum talks about the evolution of money, history of banking in India, role of RBI, giants of the Indian banking system, exchanges etc. There are also interactive games for kids to learn about saving and investing money. At the end of the guided tour, you will be given a certificate with your name printed on it, printed on an old machine that previously printed government-issued bonds.

Address: 8 Council House Street, BBD Bag, Kolkata 700001. Timings: Open every day (except national holidays), 10 AM to 5 PM. entrance fees. Groups have to book in advance. Videography is not allowed.

It is the Corinthian pillars of this 19th-century building that will first catch your attention. Facing the Hooghly River, the capitals of the columns are said to resemble the simplified style followed in the portico of the Tower of the Winds in Athens. Named after Charles Theophilus Metcalf (acting Governor-General of India from 1835–36), who was instrumental in ensuring the freedom of the Indian press, it was home to the then Calcutta Public Library and then the Imperial Library.

While the hall has been developed as a place to hold exhibitions, it is also holding an exhibition on the city called ‘Ami Kolkata’ (I am Kolkata). But instead of the city’s past, you’ll see a depiction of the city’s vibrant culture and lifestyle. Cinema posters, depicting visual culture, musical and literary arts, cityscapes that evoke nostalgia or reflect contemporary times, have been expressed through art installations and performances. You depart with the sounds of the city echoing in your ears with an audio treat that highlights an orchestra of recorded sounds from the city streets.

Address: 12 Strand Road, near the main entrance to Millennium Park. Timings: 10 am to 5 pm, all day. No entry fee.

In the midst of a sprawling garden, this grand building has changed hands several times, drawing inspiration from Italian Renaissance architecture. It is said that the Nawab of Bengal, Mir Jafar, was its first settler (after the Battle of Plassey in 1757) and later gifted it to the Governor-General Warren Hastings, who remained there until 1780. It also served as the official residence of lieutenant governors and viceroys of British India. It also served as the Imperial Library. Before its renovation, it housed the National Library. The library now operates from a new building on campus, after renovations, Belvedere Hall has been opened as a museum with a permanent exhibition.

There are two different exhibitions here. At the entrance is a sculpture gallery maintained by the Indian Museum. Then in the former banquet hall and the gallery running around it, there is an exhibition titled Icons of Nationalism – From the soil of Bengal. Established by the Union Ministry of Culture, the exhibition is built around four notable Bengalis- Bankim Chandra Chattopadhyay, Rabindranath Tagore, Netaji Subhas Chandra Bose and Syama Prasad Mookerjee. Major events and achievements of his life are highlighted through timelines, photographs, newspaper clippings and copies of letters, and audio presentations.

Address: Block A, Alipore, Near Alipore Zoo. Timings: 10 am to 6 pm, Tuesday to Sunday. No entry fee. Guided tour is available.

Fairly Warehouse, one of the many old warehouses that line Strand Road just before it ends near the Kolkata-end of the Howrah Bridge, has been converted into a maritime archives and heritage center under the aegis of the Kolkata Port Trust. The early history of Kolkata, the Hooghly river system, the establishment of the dockyard, the people who empowered the port trust, various historical events associated with the port or its administration, important social events, including the loss of life and property during both the period. The World Wars etc. are well documented through informational panels, display cases of original artifacts, and replicas of lighthouses, ships, etc. Even the chapter of indentured workers traveling from India to foreign shores is well documented.

Address: 6, Strand Road, Kolkata, West Bengal 700001. Timings: Open Monday to Friday (closed on weekends and other holidays), 10am to 5pm.

The Theater Museum has been established by the Theater Research Institute, located in Salt Lake on the eastern edge of the city. Established in 1981, the institute is functioning as a resource and research centre. A part of his archival material and artifacts are displayed in the museum. The performances are divided into three categories – Sanskrit theatre, folk theater and modern theatre. From original manuscripts to photographs and posters, from books to vintage stamps, this is a veritable trip down memory lane. You can also learn about the development of the theatrical stages through scaled reproductions on display. There are also masks, costumes, etc. on display. Prior permission required.