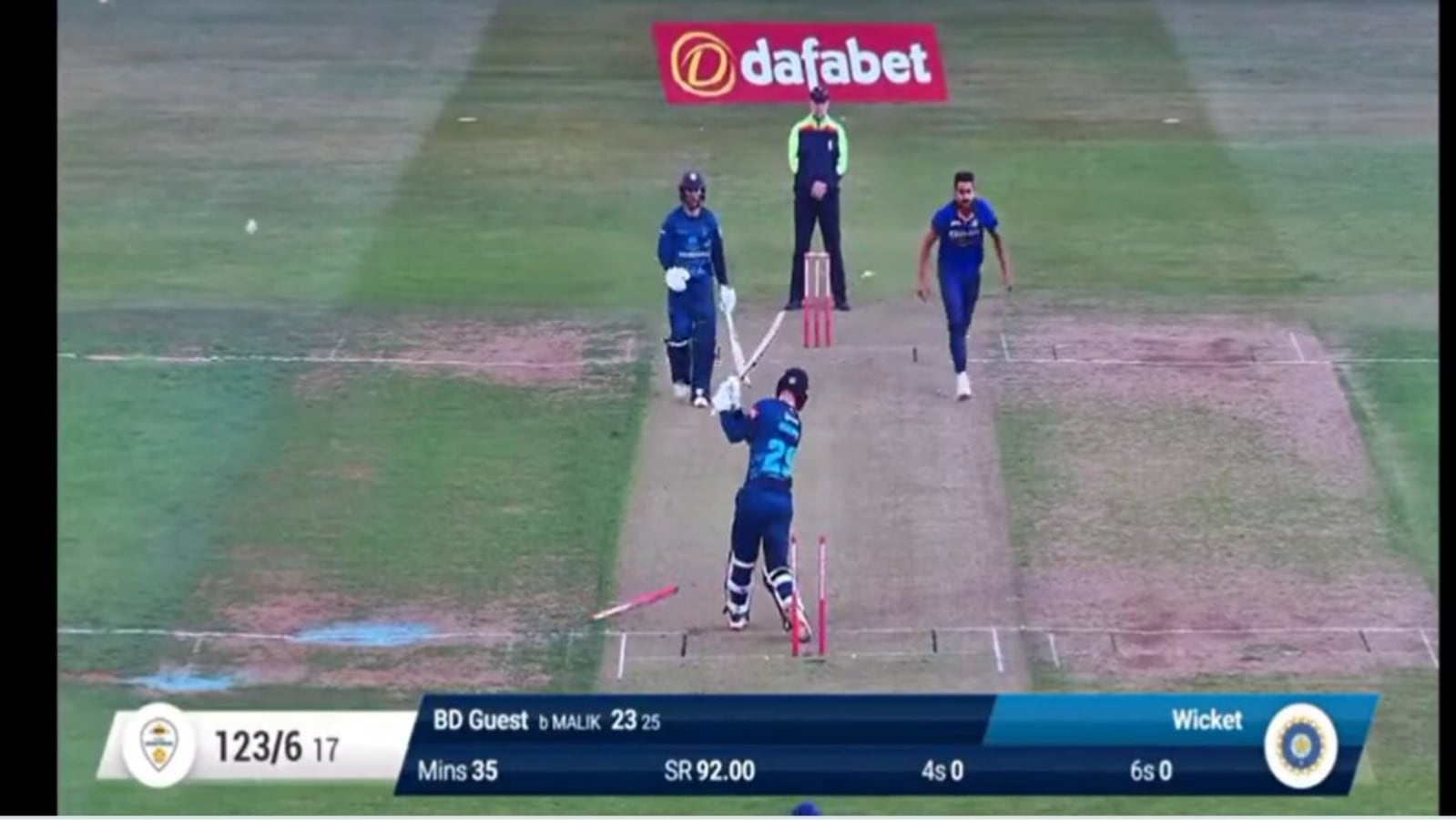 not even an hour had passed Rishabh Pant Madness The world watched on the first day of the fifth Test against England at Edgbaston, Birmingham. Another Indian team – with white-ball stars – is set to play a warm-up match against Derbyshire at Debree, about 57 km from India’s Test venue. If Edgbaston had Pant and Jadeja, Derby had Umran Malik and Deepak Hooda. The Jammu pacer, who made his debut against Ireland last week, was breathing in flames against the Derbyshire side led by Pakistan Test cricketer Shan Masood.

Malik, brought into the attack in the last over of the powerplay by skipper Dinesh Karthik, had an immediate impact. The tearaway cleared Luis du Ploy for 9 after being hit for back-to-back boundaries in the first two balls of the over. Often criticized for being uncertain, Umran was spot on with his lines and length on Friday.

He bowled some tight overs and then was finally brought back for another spell. On the last ball of his spell, Umran Malik showed why he is regarded as a special talent by many, including greats like Dale Steyn. He ran and bowled a length ball at high speed. Right-hander Brooke Guest, looking for a quick run, went for a big hard hit, but failed to make any contact. The ball hits the middle stump and flies off.

Umran Malik, who recently played a brilliant IPL with Sunrisers Hyderabad, took 2 for 31 in his four overs. This performance is set to put Umran in good shape. He put a decent final under pressure when Ireland needed 17 runs to win the match for India by 4 runs in the second T20I in Dublin.

Coming back to the Derbyshire match, India’s bowlers did a good job restricting the hosts to 150 for 8. Apart from Umran Malik, left-arm seamer Arshdeep Singh took 2 for 29 while Axar Patel and Venkatesh Iyer returned with a wicket each.

Deepak Hooda (56) and Suryakumar Yadav (36*) then took great maturity as India chased down the target with seven wickets in just 16.4 overs. Sanju Samson also made a valuable contribution of 38 runs at the top of the order.

India will play another warm-up match against Nottinghamshire on 3 July before the T20I series against England from 7 July.