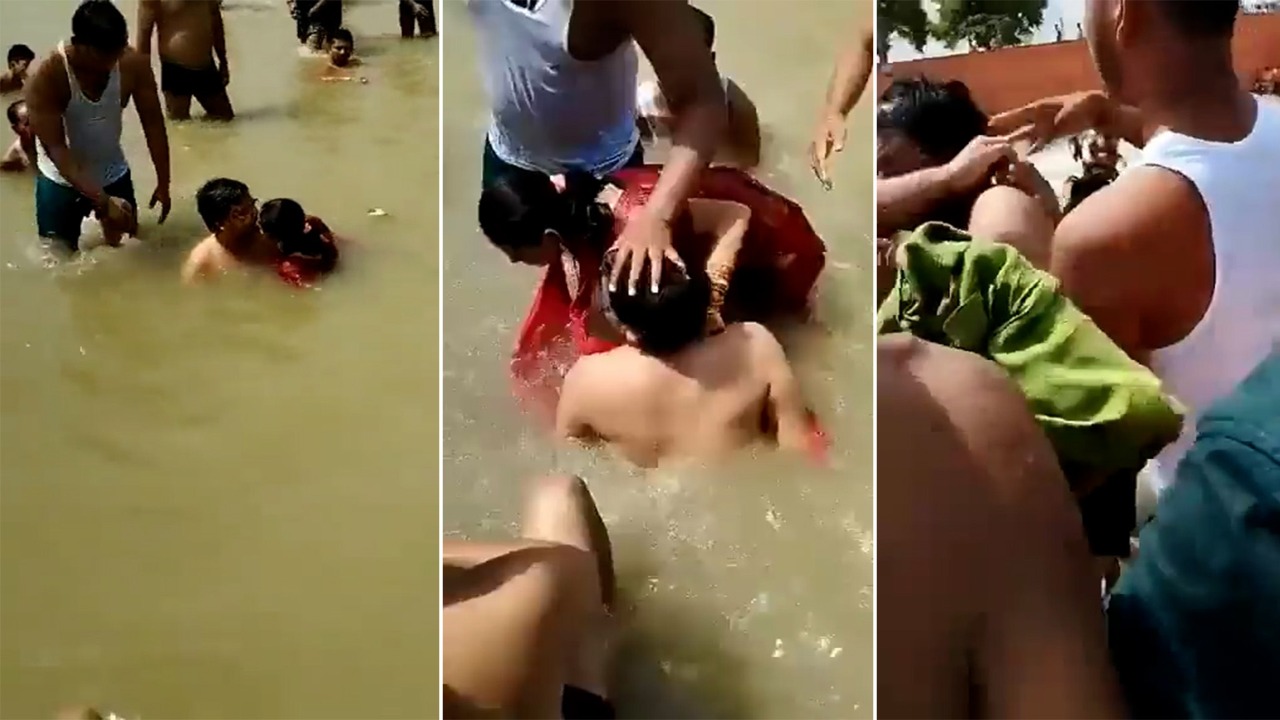 In a clear example of moral policing, a man who was bathing with his wife in the Saryu river in Uttar Pradesh’s Ayodhya was thrashed by a group of people.

A video of the incident has gone viral on social media. It can be seen in the video how the man is dragged by his wife and thrashed by several people around. A man is heard saying that “such obscenity will not be tolerated in Ayodhya”.

Ayodhya: A man kisses his wife while bathing in Saryu. Then what did the devotees of Ram do today, see: pic.twitter.com/hG0Y4X3wvO

The wife tries to protect her husband but fails to do so. The couple is eventually thrown out of the water by the mob.

Meanwhile, the police have started investigation after a purported video of the incident went viral. A police official said the exact date of the incident was not yet known, though some people claimed that it happened on Tuesday at Ram ki Pauri Ghat.

The official said that they have not received any complaint in this regard so far.

“However, we are probing the matter and trying to trace the couple and the miscreants who attacked them,” the officer said.

Senior Superintendent of Police (SSP) Shailesh Pandey said, “The matter is being probed.” (with agency input)